Tedros Adhanom Ghebreyesus, on May 4, sternly warned against complacency and said that what was happening in India and Brazil could happen elsewhere too. Speaking from Geneva, the WHO Director-General said that the only way to prevent the crisis was to follow public safety measures as described by the organisation […]

Tedros Adhanom Ghebreyesus, on May 4, sternly warned against complacency and said that what was happening in India and Brazil could happen elsewhere too. Speaking from Geneva, the WHO Director-General said that the only way to prevent the crisis was to follow public safety measures as described by the organisation since the beginning of the pandemic.” Vaccines are part of the answer, but they are not the only answer,” he further warned.

We ask everyone to continue to follow the safety advice. Maintain physical distance, avoid crowds and gatherings, wear a mask that adequately covers the nose and mouth, keep the windows open, cover your face in case of coughing and sneezing, wash your hands often.

In the same address, the WHO chief also revealed that the recent surge in COVID caseload surpassed that of the pandemic’s initial months. Addressing media reporters in Geneva, Ghebreyesus said that there have been more cases of coronavirus reported globally in the past two weeks than during the initial six months of the pandemic. While he highlighted that that Brazil and India account for over half of the last week’s total cases, there were many others countries battling “very fragile situation.”

However, in a positive development, researchers at Imperial College London said Brazil’s transmission rate has reached its lowest rate in months. But the rate remains high, said Domingos Alves, an epidemiologist tracking COVID-19 data, and he argues it’s too soon to roll back restrictions. Brazil risks repeating the errors of European countries that have seen third surges because the country’s decline in infections isn’t yet sustained, he said .“It’s no surprise that many countries in our region have tightened public health measures by extending curfews, limiting re-openings and imposing new stay-at-home orders,” said Carissa Etienne, director of the Pan American Health Organization. “These decisions are never easy, but based on how infections are surging, this is exactly what needs to happen,” she added as per Associated Press.

Hummingbirds return to the Berkshires ... after long journey from Tasmania

Tue May 4 , 2021
After much practice, an adult, male Baltimore oriole has gotten the hang of stealing nectar from this hummingbird feeder. Photo: David Noel Edwards CANAAN, N.Y. — Over the last several days, experienced Berkshire ornithologists have been on the alert, watching their backyard feeders for the arrival of hummingbirds, orioles, grosbeaks, […] 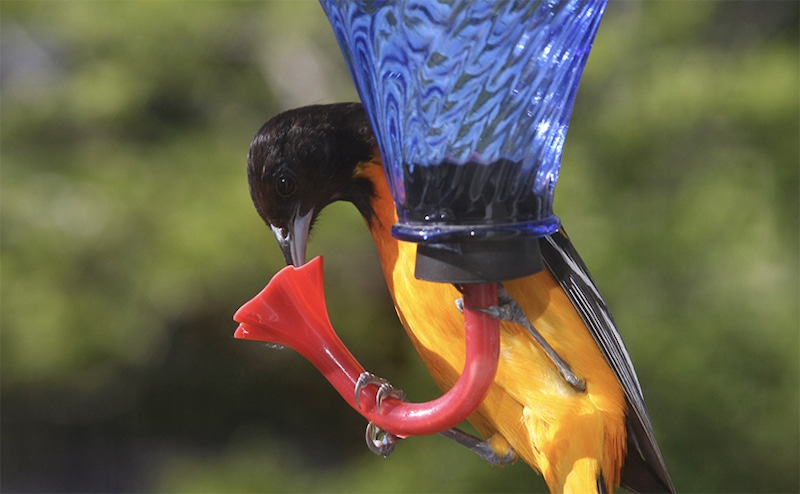