The ceremony that installed Joseph Robinette Biden Jr. as the 46th president of the United States and Kamala Devi Harris as vice president was more than an inaugural. It was a much-needed affirmation that despite the most severe test it has ever withstood, this nation’s institutions held. Together, Biden and […]

The ceremony that installed Joseph Robinette Biden Jr. as the 46th president of the United States and Kamala Devi Harris as vice president was more than an inaugural. It was a much-needed affirmation that despite the most severe test it has ever withstood, this nation’s institutions held.

Together, Biden and Harris, the first woman and person of color to hold that office, represent a fresh start for a weary nation battered by division and illness, brimming with an optimism and gravity of purpose that in the depths of our troubles lie seeds of renewal.

Filled with majesty and heavy with symbolism, the inaugural was notable for something that’s been missing from Washington — a sense of bipartisanship and the goodwill that comes, perhaps, with the realization of how close a collective call we have come through. Key Republicans, including former Vice President Mike Pence, skipped twice-impeached, former President Donald Trump’s early departure to ensure they were in place to stand witness to the transfer of power Trump tried and failed to block. We are reminded anew of the importance of such gestures.

Biden comes to the presidency late in a life tempered by deep tragedy. His first swearing-in as a 30-year-old senator came in a hospital, where his two injured sons were recovering from the car crash that had taken the life of Biden’s wife and infant daughter. As he was considering a 2016 run, he faced the loss of his eldest child, Beau Biden. This is a man acutely aware of the fragility of life and the resilience required to begin again. His deep well of empathy and toughness should serve this nation well.

His inaugural address to the nation was refreshingly nonpartisan, and he pledged to work for voters who did not support him. “We must end this uncivil war that pits red against blue, rural vs. urban, conservative vs. liberal,” Biden said. “We can do this if we open our souls instead of hardening our hearts … because here’s the thing about life. There’s no accounting for what fate will deal you. Some days, you need a hand. There are other days when we’re called to lend a hand. That’s how it has to be. That’s what we do for one another.”

No one, however, should mistake Biden’s call for unity as a sign of softness. This is a president who was unsparing Wednesday in calling out some of the most serious troubles this country faces.

“We face an attack on our democracy and on truth, a raging virus, growing inequity, the sting of systemic racism, a climate in crisis, America’s role in the world,” he said. “Any one of these will be enough to challenge us in profound ways. But the fact is, we face them all at once, presenting this nation with one of the gravest responsibilities we’ve had.”

Americans, he said, must rise “to master this rare and difficult hour.” Leaders, he said, and all Americans have a responsibility to “defend the truth and defeat the lies.”

Some observers lamented the absence of the crowds of Americans who normally would have flocked to the ceremony. But there were lots of ordinary Americans in Washington — the 25,000 National Guard volunteers who came from every corner of this nation and every walk of life to defend this cherished tradition and our leaders from harm.

They were there in the nurse who sang “Amazing Grace” at a pre-inaugural ceremony to mark the 400,000 pandemic dead; in the Capitol officer who fended off a mob and two weeks later was chosen to escort Harris at the inaugural. And in the Georgia firefighter chosen to lead the Pledge of Allegiance. They are all a testament to the true character of ordinary Americans, who saw their country pushed to the brink and pushed back.

We should note that the Star Tribune Editorial Board had advocated for an indoor ceremony, to further limit the risk of disruptions or worse. Minnesota Sen. Amy Klobuchar, as the lead Democrat on the inaugural committee, made the case that Americans and the world needed a ceremony befitting a president and worthy of the moment.

Biden in his address noted the significance of standing “in the shadow of the Capitol dome … completed amid the Civil War, when the union itself was literally hanging in the balance. Yet we endured, we prevailed.” They made the right call on the setting, and the proceedings were a healing balm to Americans who so recently saw that same Capitol under assault.

As Biden put it, “Democracy has prevailed.”

There will be time soon enough to debate policy differences. For now, let the words of the youngest inaugural poet in American history, 22-year-old Amanda Gorman, inspire and guide as we work through the thicket of challenges ahead: “We will rebuild, reconcile and recover. … The new dawn blooms as we free it. For there is always light. If only we’re brave enough to see it. If only we’re brave enough to be it.”

Sat Jan 23 , 2021
SAN DIEGO – As ICU capacities struggle, a local woman is sharing how her mother is fighting to breathe at an area hospital. San Diego woman Elly Kho, right, is issuing a dire warning about traveling during the pandemic after her mother Shahnaz Mahager, left, landed in the hospital with […] 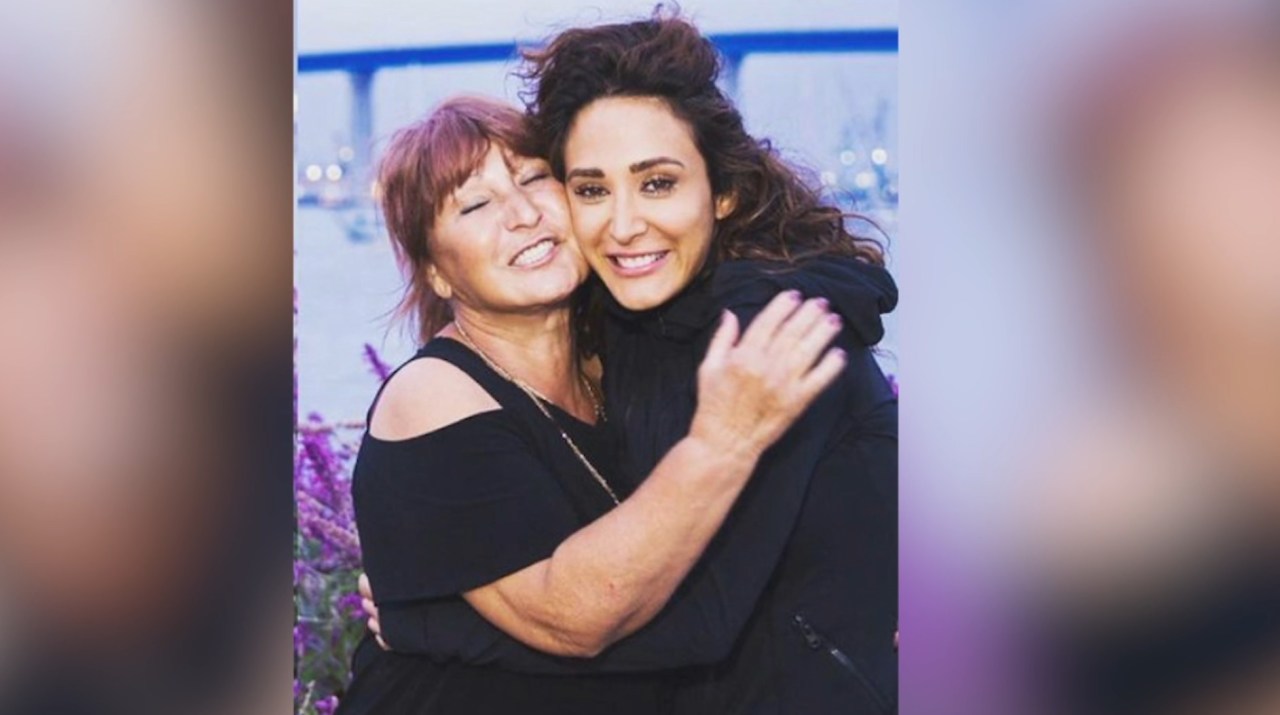