2019 had been an incredible year for Crystal Diaz, owner of El Pretexto culinary farm lodge in Cayey, Puerto Rico. The bed-and-breakfast, located in the pine tree filled hills of the Cercadillo community, had finally hit its stride after opening the year before. “We were thriving,” Diaz says. “Then suddenly, […]

2019 had been an incredible year for Crystal Diaz, owner of El Pretexto culinary farm lodge in Cayey, Puerto Rico. The bed-and-breakfast, located in the pine tree filled hills of the Cercadillo community, had finally hit its stride after opening the year before.

“We were thriving,” Diaz says. “Then suddenly, the earthquakes hit.”

Puerto Rico, still recovering from Hurricane Maria, experienced powerful earthquakes from December 2019 through January 2020, including a 6.4-magnitude shock on Jan. 7.

Then came the coronavirus. Reservations that had begun to trickle in after the earthquakes were canceled. On March 12, 2020, the governor of Puerto Rico declared a state of emergency. Strict lockdown orders were implemented on March 15.

After months without tourism, Puerto Rico began allowing visitors to the island again in September. And with much of the world’s travel limited, it’s becoming a popular pandemic-era destination for Americans from the mainland.

According to data from Hopper, searches to Puerto Rico have trended up significantly in the past several weeks.

The company’s economist, Adit Damodaran, says searches for flights to Puerto Rico for summer 2021 (June 1 to Aug. 31) increased 117 percent over the past two weeks alone.

Before you get on a plane and travel to the Caribbean archipelago, here’s what locals want you to know.

Coronavirus restrictions are still in place

Before you fly to Puerto Rico, you need to fill out a health declaration and show proof of a negative PCR coronavirus test taken no more than 72 hours before arrival. Results from rapid tests are not accepted. Failure to do so will result in a mandatory quarantine. Tests are also available at the Luis Muñoz Marín International Airport (SJU) for $110, seven days a week in three terminals.

Once you get to Puerto Rico, note that the island is still implementing a curfew from 12 a.m. to 5 a.m. Social distancing is encouraged, and masks are required at public beaches, when not in the water, and natural reserves. Those who defy mask regulations may be subjected to a fine. Despite what foreigners may think, public consumption of alcohol is prohibited.

Beginning March 15, restaurants in Puerto Rico may operate at 50 percent occupancy, along with casinos, museums and hotel pools. Bars remain closed for now.

Because Puerto Rico is a U.S. territory, American travelers are exempt from the inbound coronavirus testing requirement on the way home. (Although the Centers for Disease Control and Prevention encourages testing throughout and after travel at this time).

There’s plenty to see beyond the brochures

As tourism returns to Puerto Rico, many locals are hoping that respectful visitors go beyond the stereotypical vacation advertised to outsiders.

“Obviously our postcard picture is Old San Juan, which, don’t get me wrong, is one of my favorite places on Earth,” says Ariagny L. Martínez Vellón, a travel podcast host studying to become a licensed tour guide. “It has a very special magic to it, but here in Puerto Rico, we have such a diversity of ecosystems of culture.”

Each of the island’s 78 municipalities has its own history, culture and natural beauty that deserves thoughtful exploration, Vellón says.

If you take a spin through Martínez’s Instagram, you’ll see incredible scenery from destinations around the island, such as Bayamón, Aguadilla and Playa El Mojón Tranquilo. She recommends visitors explore places such as Utuado, Ponce and Cabo Rojo and learn about Puerto Rico’s rich culture from inhabitants, not just its hotels and casinos.

“We have miles and miles of incredible beaches all over the place,” Vellón says. “We have beautiful hotels and places to stay all over the island, amazing gastronomy that changes from town to town.”

[Let By The Way help you navigate travel dilemmas]

Crystal Diaz of El Pretexto, hopes those who return to Puerto Rico will stay longer than the typical weekend visit. At the very least, plan a week on the island, allotting a few days in historic San Juan and then time to explore far and wide.

“You will help not only the micro-economy of rural towns, but also you will get to experience what the real Puerto Rico is and what we as Puerto Ricans have to offer you,” she says. “You get to taste Puerto Rico as what it is.”

Treat the local community with respect

The wave of misbehaving tourists visiting Puerto Rico after its reopening has caused anger and frustration among the local community, and it’s a problem that’s only gotten worse. This week, residents of the Condado neighborhood were compelled to put up new English-language signs begging foreigners to wear masks, dress appropriately and be mindful of loud noises after 10 p.m.

A pedestrian wearing a protective mask passes in front of the Condado Plaza hotel in the Condado neighborhood. (Gabriella N. Baez/Bloomberg)

Nicolás González Guerrero, a recreation and tourism student at the Universidad de Puerto Rico, says he doesn’t discourage tourists from returning to the island as long as they are respectful. But the behavior he has seen in the past three months has deeply upset him and other locals.

“It’s been really controversial because some of the tourists that come to Puerto Rico, they weren’t actually behaving like normal people,” Guerrero says.

Photos and videos of visitors behaving badly circulate on a regular basis, featuring scantily clad tourists dancing suggestively in the streets and on beaches, leaving scooters and trash on the sidewalks and breaking the country’s coronavirus mitigation measures, from mask requirements to curfews.

“It’s sad,” says Israel Meléndez Ayala, a San Juan native who is a writer and historian at the Puerto Rico State Historic Preservation Office. “It is the first time I have experienced this in Old San Juan, this kind of tourist with this sense of entitlement.”

Ayala, who has posted about tourist behavior on his Twitter as well, says he and his neighbors have had multiple encounters with travelers who refuse to follow mask protocols, curfews or common courtesy norms in general.

Chris Hoppe, owner of Mai Pen Rai restaurant and La Taberna Lupulo cocktail bar, says the exploitative tourism culture isn’t new. He is used to travelers expecting his prices to be cheaper than the mainland, complaining and leaving without tipping. Or seeing friends get evicted by landlords who then repurpose the homes as Airbnbs.

“Puerto Rico has been a colony for 500 years,” Hoppe says. “I think it’s just ingrained into people’s knowledge that we’re always going to be second to the interests of the U.S. mainland.”

A tourist takes photos of a couple in front of the Governor’s mansion in San Juan, Puerto Rico on June 30, 2020. (RICARDO ARDUENGO/AFP via Getty Images)

Hoppe says he thinks the surge of negative tourism during the pandemic is making locals rethink their economy.

[Is it safe for vaccinated Americans to travel? The CDC says no — but some experts disagree.]

“I think the general population is kind of waking up to the reality that we need to structure our service sector, and the rest of our industries, away from tourism and serve ourselves first,” he says. “It’s been a big awakening.”

Because of the repeated issues, Ayala says, he doesn’t want visitors to come until the island is fully vaccinated. Those who do decide to visit should treat the island and its inhabitants with respect and remember that Puerto Rico is not just a vacation escape, but a place where humans live.

“Old San Juan is a 16th-century city, not a playground,” he says.

Disneyland, other California theme parks get okay to reopen as soon as April 1

Travel nurses typically see the country. During the last year, many saw the worst of the pandemic.

We could be traveling again by summer. This is what to consider before you plan. 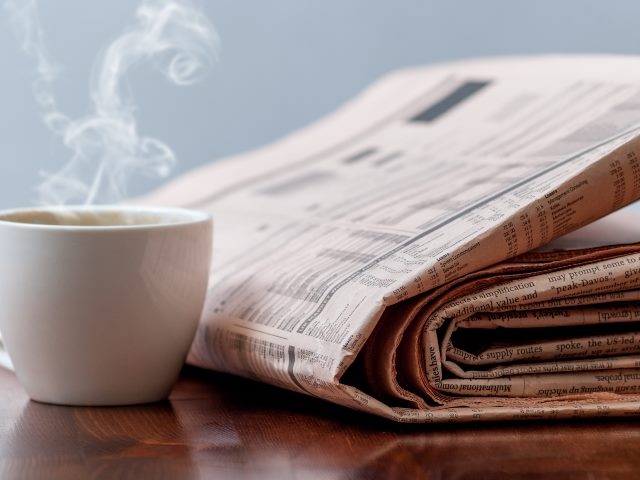