After eight years out of the NFL, Tim Tebow is back. As if drafting Trevor Lawrence and hiring Urban Meyer wasn’t enough to incite headlines in Jacksonville, the Jaguars are set to sign the former Florida Gators star and convert the ex-quarterback to tight end ahead of the 2021 season. […]

After eight years out of the NFL, Tim Tebow is back. As if drafting Trevor Lawrence and hiring Urban Meyer wasn’t enough to incite headlines in Jacksonville, the Jaguars are set to sign the former Florida Gators star and convert the ex-quarterback to tight end ahead of the 2021 season. The news follows Tebow’s recent workout for the Jags, whose new coach oversaw the former Heisman Trophy winner back in college. And it adds a new chapter to an already unusual professional sports story that seemingly refuses to end.

How, exactly, did Tim Tebow get to this point? Here’s a refresher on the former QB’s timeline, from his days as an NCAA phenom to his upcoming summer tryout at a new position:

The peak of Tebow’s sports career, if we’re being honest. A southpaw with a clutch gene and a fullback’s physicality, he wasn’t just the talk of Florida, but rather all of college football, during a three-year run as the Gators’ undisputed QB1. A two-time national champion for head coach — guess who — Urban Meyer, Tebow wowed as a pure play-maker under center, leaving school as the SEC’s all-time leader in TD-INT ratio (5.5:1), QB rushing yards (2,947) and total scores (145), claiming the Heisman Trophy for his 55-touchdown 2007 campaign. All of it led to …

Thanks for signing up!

Keep an eye on your inbox.

There was an error processing your subscription.

A year after trading Jay Cutler to the Bears, Denver made its biggest splash of the 2010 offseason when it traded up into the first round of the draft to take Tebow at No. 25 overall. It wasn’t long before Tebow already owned NFL jersey sales, and for a short stretch, the QB appeared to validate the attention. More of a gadget player until December of his rookie year, when he replaced a struggling Kyle Orton, he flashed more as a runner than passer in three starts but orchestrated a dramatic comeback win. That set the stage for 2011, when he once again replaced Orton and paired sloppy starts with iconic finishes, going 7-4 and famously leading an upset of the Steelers in the playoffs. Tebow was a legitimate, if unorthodox, winner during his stint under center, but the Broncos were not convinced his accuracy woes would allow for long-term success. They went all in on Peyton Manning entering 2012, signing the longtime Colts legend and proceeding to trade Tebow — and his polarizing QB prospects — in a swap of mid-round draft picks.

The beginning of the end for Tebow, at least in the NFL … and until 2021. Just one year after taking the Broncos to the divisional round of the postseason, No. 15 was slotted as Mark Sanchez’s backup in New York. While fans hollered for his Big Apple emergence during Sanchez’s struggles, coach Rex Ryan and the Jets staff refused to view Tebow as anything but a “more potent Brad Smith” — the former Jets special teamer who saw occasional snaps at QB and receiver. The ex-Broncos hero started in just two of his 12 games and threw just eight passes in his lone season with the team, making his “biggest” headlines as a member of the punt team.

In between requests to consider a position switch and play some variation of tight end, fullback or running back, Tebow admittedly refused to sway from the QB spot. But he also failed to stick in both New England and Philadelphia after hitting free agency. The Patriots gave Tebow his first shot post-New York, reuniting ex-Broncos coach Josh McDaniels with his former starter, but a mediocre preseason left him among the club’s final cuts. After insisting he’d stay committed to reviving his career as a QB, Tebow left the field for a TV job on the SEC Network, then returned in 2015 — after a full season out of the NFL — only to lose a preseason competition for the Eagles’ No. 3 QB spot to Matt Barkley.

This is where Tebow’s journey takes a crazy turn. Cast out as a QB and unwilling to change positions, he decided in 2016 to change sports instead. After announcing an interest in returning to baseball, which he last played in high school, Tebow invited all 30 MLB teams for a tryout, ultimately earning a separate workout with the Dodgers and a minor-league contract with the Mets. Thrust into New York’s instructional league as an outfielder, Tebow slowly ascended the organizational ladder despite intermittent injuries, rising all the way to the Mets’ Triple-A affiliate in 2019 and New York’s spring-training roster in 2020. This February, after four years in the farm system and a career minor-league average of .223 with 18 home runs and 107 runs batted in, he retired from baseball.

No, it’s not a fantasy. Nearly a decade after last appearing in an actual NFL game, Tebow is putting his MLB dreams in the rear view for round two on the gridiron, and this time, with a position switch that many recommended years earlier. With a career completion percentage of 47.9, it’s no wonder Tebow hasn’t held an offseason NFL job since 2015. And entering his age-34 season, it’s not as if he offers Meyer any kind of long-term solution at TE, where the Jags should be looking for weapons to grow with Trevor Lawrence. But this story has seen wilder turns before. Tebow’s name may draw as many eye rolls as standing ovations these days, but if his journey to this point is any indication, 2021 just might be the year we finally see the big man catching passes on a football field.

Tue May 11 , 2021
GENESEE COUNTY, MI — The county Board of Commissioners is considering a resolution to declare May as Police Appreciation Month, and some members are defending a request to fly the “Thin Blue Line” flag at all county buildings despite the symbol having been banned elsewhere. Three of the nine commissioners […] 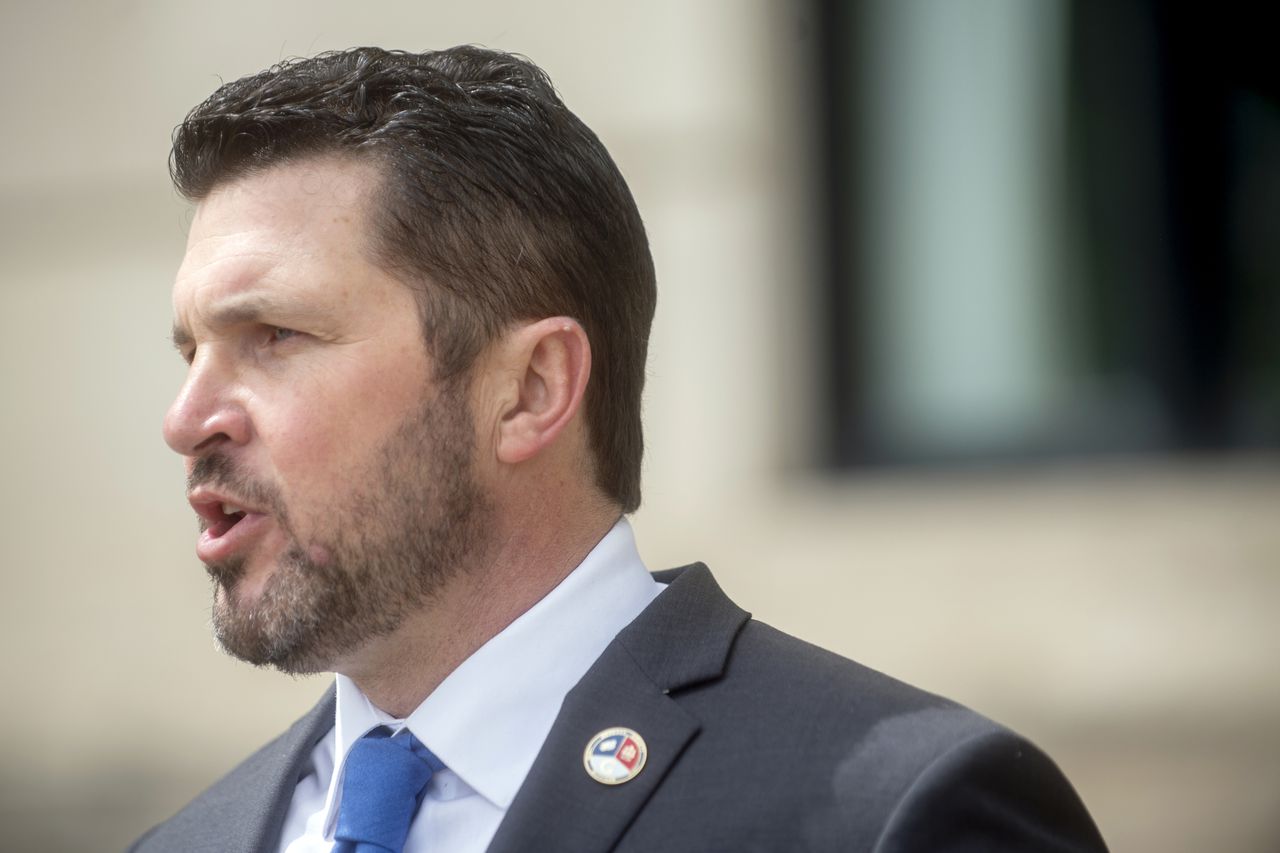