If thinking about Marriott International conjures the skyscraping Marquis flagship in New York’s Times Square, with its supersonic bubble elevators currently presiding over a dark Broadway, it would be easy to assume that the company faces a bleak near-term future. Indeed, parts of that company’s business are still struggling to find footing […]

If thinking about Marriott International conjures the skyscraping Marquis flagship in New York’s Times Square, with its supersonic bubble elevators currently presiding over a dark Broadway, it would be easy to assume that the company faces a bleak near-term future. Indeed, parts of that company’s business are still struggling to find footing amid a travel slowdown that has lasted more than a year.

At the Marquis, 800 jobs were eliminated around the year-end holidays. As a whole, Marriott International suffered its worst year in recent history in 2020. It also lost its visionary chief executive officer, Arne Sorenson, to pancreatic cancer.

But for Marriott, as for much of the travel industry, things are turning up, and pockets of opportunity are becoming clearer. Shortly after the announcement of its new CEO, Anthony Capuano, in mid-February, shares for the company rose to $157.50 and have since remained steady—a sharp departure from where things stood in May 2020, when they were just above $75.

“It’s hard to make predictions about what will come next,” says Tina Edmundson, Marriott’s global brand officer, who adds that travel has evolved in the past year, from an indulgence to “a primal need.”

Currently, Edmundson is shepherding the growth of a new sector devoted to rental homes called Marriott Homes and Villas, which debuted in 2019 as a far-cry competitor to Airbnb Inc. What started as a portfolio of 2,000 homes has grown to more than 25,000. (Airbnb maintains about 7 million rentals on its site.)

Edmundson frames the foray as less an attempt to rival Brian Chesky’s home-sharing unicorn and more about extending the ability to earn and redeem loyalty rewards in any travel scenario. “The goal is to really fill out our portfolio of options for our members,” she explains. “It’s not our desire to have millions of homes. It’s our desire to have a curated portfolio.”

Edmundson says Homes and Villas was “certainly advantageous” over the last 14 months, when privacy became the amenity with the greatest premium. “But on balance, we have 7,500 hotels, so it’s not anywhere near the scale of our true core product.” Rather than help the company weather the storm, it was a way to keep its Bonvoy members engaged while they were otherwise unable to travel.

Many think of all-inclusive resorts in four letter words. But these offerings have long been evolving, with even the main players—such as Club Med and Paradisius—finding ways to attract the next generation of travelers.

Marriott is joining their cause. The acquisition of 19 Blue Diamond Resorts around the Caribbean represents more than 7,000 new hotel rooms for the company; Edmundson says the aim is to have 33 resorts by 2025.

The acquired resorts will be converted into all-inclusive versions of Ritz-Carlton, Luxury Collection, and Westin, among other Marriott luxury brands. “When you think about a Ritz-Carlton all-inclusive, I don’t want you to think about an all-inclusive, I want you to think of an amazing Ritz that happens to be inclusive of every desire you might have,” she explains. “There’s some negativity around that space, but we are setting out to craft and curate something that doesn’t exist.”

Of course, it does exist: All-inclusive resorts such as Jumby Bay and Carlisle Bay in Antigua cost upward of $1,300 a night in exchange for a vacation in which you never have to think about being nickel-and-dimed. But they are few and far between.

Each all-inclusive, Edmundson adds, will have brand extensions that relate to its parent’s roots: Westin will be the wellness-oriented all-inclusive, for example. The challenge will be educating anyone unfamiliar with these draws—and convincing guests to generally stay put on a resort, rather than using it as a home base for self-designed explorations.

Travelers are currently caught between a strong desire to cross things off bucket lists while needing to navigate ongoing border restrictions. That pull, she says, encouraged people to book more “drive-to” trips before learning that the EU would soon admit entry to certain vaccinated travelers.

“The drive market will last through the year,” she predicts, speaking of both Europe and the U.S. “I think that as borders open up, it’s going to be restrictive still for a little while, given the extra hassle of Covid tests and vaccine passports.”

All this is encouraging the discovery of second cities, says Edmundson, and will give mountain and resort destinations continued importance for another year. She cites unmatched off-season business in places from Aspen, Colo., to Deer Valley, Utah, where summer bookings are pacing 97% ahead of last year, driven by strong transient demand.

She remains cautious about international travel. “This morning, while I was on my Peloton, I saw that 8% of Americans missed their second vaccines. So that’s going to be the most important thing, getting the vaccinations so that as borders open, we can have a good show,” she says.

Edmundson expects the flexibility of work-from-home to persist, reshaping people’s vacation schedules and flattening the “peaks and valleys” destinations typically see in terms of visits.

“I don’t think things will go back exactly to 2019 trends or patterns,” she elaborates. “People have developed an appreciation for what is in their backyards—to explore beyond the big cities—and that will also trigger a redistribution of where people go.”

That connects with the growth of “purposeful travel,” or trips that come with a heightened consciousness of environmental and cultural impact. “This time we’ve had—the 12 to 14 months of being in our basements in front of Zoom calls—it’s made people confront what their personal impact is on the places they visit, and on wanting to leave those places better than they found them.”

She says none of this is new, but it’s more urgent—just like the fight for diversity and inclusivity across the industry, for which the departed CEO Sorenson strongly advocated. In his memory, the company has created the Arne M. Sorenson Hospitality Fund and endowed it with $20 million through its philanthropic arm, the J. Willard and Alice S. Marriott Foundation. As part of that effort, it has also partnered with Howard University to establish the Marriott-Sorenson Center for Hospitality Leadership as a means for developing a pipeline of BIPOC talent.

Perhaps a more ephemeral silver lining is rediscovering the joys and luxuries of hospitality in any form. “After a year of not traveling, they’re going to find themselves highly sensitized to it,” says Edmundson. “The anticipation of what you haven’t done in so long makes you long for that feeling. And that’s going to be fun.”

Before it’s here, it’s on the Bloomberg Terminal.

Tue May 4 , 2021
TipRanks Ride the Crypto Boom with These 3 Stocks Some 15% of the American public owns some form of cryptocurrency – and a large part of that group jumped on the bandwagon in the last two years. The digital currencies – Bitcoin is the most famous, but there are scores […] 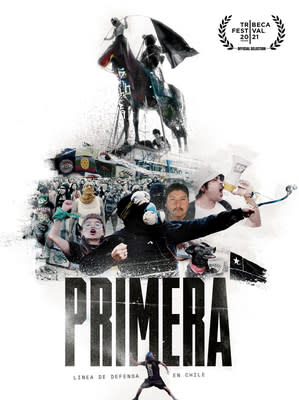