(WIFR) – Making stops in Belvidere, Rockford, and Freeport Alex Simon made the Stateline a part of his journey across the country using a scooter. This trip comes with a mission of helping to save Earth at the core. Alex is the man behind ‘Zero to Epic,’ a movement he […]

(WIFR) – Making stops in Belvidere, Rockford, and Freeport Alex Simon made the Stateline a part of his journey across the country using a scooter. This trip comes with a mission of helping to save Earth at the core.

Alex is the man behind ‘Zero to Epic,’ a movement he started back in January to help promote riding electric scooters and other micro-mobile devices as an alternative to cars for trips, especially shorter ones. Using scooters is something Alex only took on a few months back.

“At that time, I didn’t even own an electric scooter. I will cross the United States on an electric scooter, promoting micromobility. Which is replacing cars with smarter alternatives on short-distance trips. So the trip was born,” Alex says. This was no easy task as he needed to find roads ideal for scooters.

Alex says, “I started looking at bicycle trails I said if I’m going to take an electric scooter I need to go on the side of the road, how do I do that?” This is when he brings his partner for this movement, Bryan, on to help planning the journey who works for The Historic US Route 20 Association. The historic route runs east to west starting in Boston, Massachusetts and ending in Newport, Oregon.

This is the route Alex is in the middle of and it goes through the Rockford region. So far he’s lost two scooters to engine failure or flat tires. “We’re about a third of the trip in and it’s been phenomenal. It’s a part of the country I’ve never seen before. So many beautiful landscapes, the people, Amish country, finger-lakes you name it.”

With 50 percent of all car trips bing three miles or less, Alex says micromobiles could easily alleviate traffic and reduce carbon emission. “People are moving, especially into the major urban areas. Cities, traffic is becoming a problem and eventually, it’s going to be something they have to address to reduce traffic or people will not move,” Alex says.

While this trip does have a mission to Alex, there is a big personal reason he is taking the journey. That reason being his late father, who was a prominent agronomist and spent his life advocating the protection of the environment. “He passed away in November 2020, he was a person that really dedicated his life and put everything other than family in the back burner for the planet. I wanted to do something that was as big as he was for the environment,” Alex says.

He is hopeful to continue spreading his mission as he says people are realizing more that scooters can keep up with traffic and may be better for the environment. Alex says, “People think they’re just a toy for kids, but they’ve come such a long way. Lets’ reduce traffic, pollution and noise. That’s a win-win all around.”

Electric scooters like the ones that Alex uses weigh at most 30 pounds, range up to 70 miles on a single charge and can get up to speeds near 65 miles per hour. Alex’s next stop will be in Waterloo, Iowa with a goal to get to Newport, Oregon by May 21.

Wed May 5 , 2021
BOSTON (SHNS) – In the first four hours of an oversight hearing Tuesday into a report from the Office of the Child Advocate on the death of a Fall River teenager with autism, lawmakers and Baker administration officials honed in on a lack of understanding within the Department of Children and Families […] 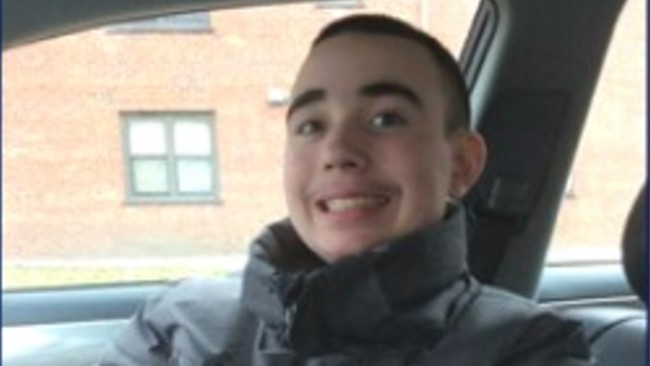