DAYTON, Ohio (WDTN) – A Winter Storm Warning is in effect through 1 p.m. Tuesday afternoon. Storm Team 2 Chief Meteorologist Brian Davis is tracking mostly snow with some sleet mixed in. The snow is moving across the region and will be with us for the evening. Temperatures are around […]

DAYTON, Ohio (WDTN) – A Winter Storm Warning is in effect through 1 p.m. Tuesday afternoon. Storm Team 2 Chief Meteorologist Brian Davis is tracking mostly snow with some sleet mixed in. The snow is moving across the region and will be with us for the evening.

Temperatures are around 20 degrees with a wind chill in the single digits. Expect those temperatures to drop as the evening continues. A 30 mph wind gust has been recorded in Springboro. The wind is sustained at 22 mph in Dayton. Sustained winds will be around 20 mph through 3 a.m.

UPDATE 5:30 P.M. 3 inches of snow is being reported by a 2 News photographer in Tipp City. Heavy snow continues to fall across a line from Eaton to Springfield. Sleet continues to mix in south of this line. We can see where the sleet is by looking at the Correlation Coefficient on Live Doppler 2 HD. This scan detects the different sizes of precipitation.

Sleet looks a lot like snow on the ground but it is heavier than a snowflake. This means snowfall totals may be a bit lower in areas that are seeing sleet.

It doesn’t matter if it’s sleet or snow coating the road. It’s going to be slippery either way. We will continue to see heavy snow resulting in around 1 inch per hour. This will come in waves through about 11 p.m. tonight. The sleet will be heavy too and work to limit visibility.

Widespread snow and sleet will continue through about midnight and then becomes isolated after 1 a.m.

A quick reminder that heavy snowfall rates will make it very difficult to keep off the roads. After an areas is plowed the snow will accumulate quickly.

UPDATE 5:00 PM: The Ohio Department of Transportation has over 1,000 crews on plowing and treating all state and U.S. routes and all interstates. 2 NEWS reporter Caroline Morse said conditions are further deteriorating on the interstate. Some vehicles are pulling off to the side of the road in an effort to keep safe. Ohio State High Patrol officials ask that people stay off the road unless it is necessary at this time.

UPDATE 3:30 PM: The snow is here. Visibility has dropped to 0.75 miles through Downtown Dayton.

There is a warm layer about 5000 feet above the surface resulting in some sleet mixing in. We have sleet here in Moraine.

You can see the sleet when you look at the correlation coefficient. This is a radar scan that detects the size of objects in the air. The sleet is just a little bit larger than a snowflake. The areas of bright bright orange and yellow indicate there may be some sleet. Uniform precipitation or snow is seen in the deep red color.

UPDATE 3:00 PM: The National Weather Service is tracking wintery precipitation overspreading the area and heavy snow north of Dayton. NWS is warning people in that area of the potential treacherous travel conditions as winds begin to pick up to 20 mph.

[2:53 PM] Wintry precipitation is overspreading the area with snow developing north of Dayton. Heavy snow will continue north of the Dayton metro tonight. Please use extreme caution if traveling in this area as heavy snow combined with 20 mph winds may create treacherous travel. pic.twitter.com/wQIvJaiRnX

UPDATE 12:30 AM: The National Weather Service warned of the threat of ice that can bring significant disruption to travel and power outages. NWS said to expect the threat for freezing rain from 2 p.m. to midnight.

[11:50 AM] VERY important for us to take a moment to talk specifically about the increasing threat of ice in a portion of our area. Check the map for the details, but if you’re in these areas, ice is likely to bring significant disruption to travel and power outages. (1/2) pic.twitter.com/wQIvJaiRnX

UPDATE 9:30 AM: ODOT is asking for drivers to stay home if possible as crews work on plowing roads across the Miami Valley.

Spotty light to moderate snow will impact the Miami Valley for the Monday morning commute. Travel conditions will be slick during the morning commute, with up to an inch of snow possible during this time.

Snow showers will become scattered through mid-morning. We will see a brief break with just isolated showers through the lunch hour. Widespread snow returns by 4 pm. Driving conditions will quickly deteriorate during the evening commute.

The heaviest snow will fall between 5 pm and 11pm, when snowfall rates will be around 1 inch per hour.

Visibility will be very low. Additionally, wind gust will be 25-35 mph in the evening. This will result in blowing snow. The wind must be sustained for 35 mph for 3 hours to be considered a blizzard, so it doesn’t look like we will be quite that blustery.

The heavy snow will continue through midnight. Then the snow will taper off heading into Tuesday morning. Right now we not expecting accumulating snow during the morning commute, but 10-15 mph northerly winds may blow what we have around quite a bit. This will work to reduce visibility and blow snow back onto plowed roads.

Overall it looks like 6 to 11 inches of snow is likely across the Miami Valley with isolated areas seeing 11 inches or more. There’s a low chance some sleet may mix in across Clinton County Monday evening. If this happens snowfall totals will be lower to the SE.

Chargers should explore trading down to add picks

Mon Feb 15 , 2021
Last year, around this time, I suggested that the Chargers might be wise to trade up from the No. 6 overall spot to obtain their quarterback of the future. The team stood pat and ended up with quarterback Justin Herbert, who went on to being named Offensive Rookie of the […] 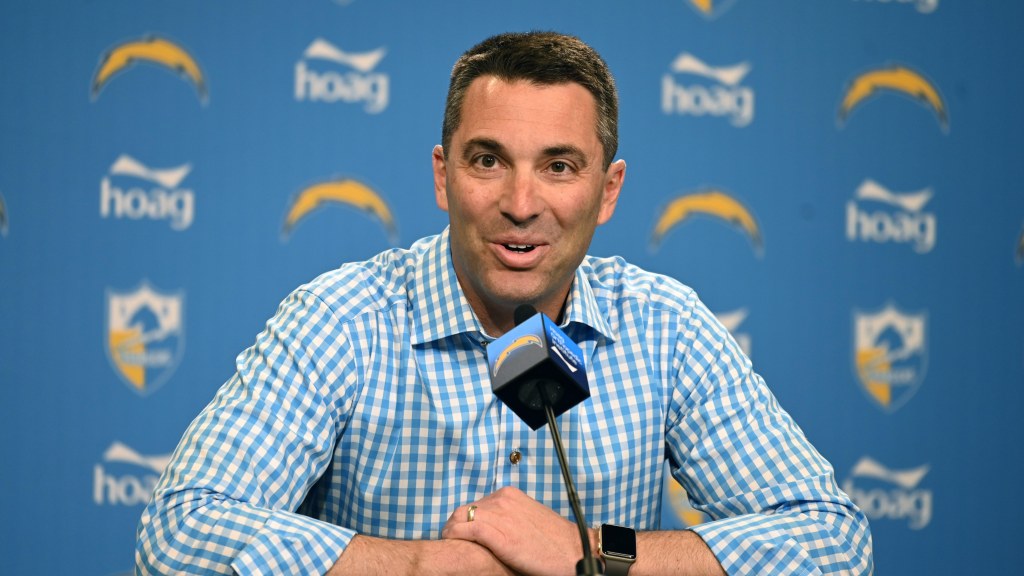