This President’s Day will be remembered as one of the coldest ones in our nation’s history. Record setting cold in terms of daily records and persistence of unusual cold for so many days in a row continues to grip the region. Places where winter is usually a fleeting hit…are getting […]

This President’s Day will be remembered as one of the coldest ones in our nation’s history. Record setting cold in terms of daily records and persistence of unusual cold for so many days in a row continues to grip the region.

Places where winter is usually a fleeting hit…are getting hammered by snow and ice. 100’s of thousands are without power in the deep south because of power demands. This one is something else.

The wind chill at KCI dropped to -32° this morning. That may not have happened since 1989…although it’s possible it happened once in 1996 (still checking). Regardless you get the point. It’s mind numbing cold out there and frostbite risks are there within about 30 minutes time. Plus we’re getting a bit of snow as well.

Today: Light snow with bitterly cold weather. Today will likely be the 19th day with highs sub-zero in KC weather history after a record breaking low this morning of -10°. Wind chills will remain in the -15 to -25° range.

Tonight: Clearing out and even colder although the winds will be dropping off. Lows in the -15° range. Some may drop even colder, especially in northern MO. -20 or -25° wouldn’t shock me.

Tuesday: Bitterly cold but at least bright and sunny. Highs around 10°. Snow arrives later at night

Wednesday: A chance of light snow in the AM…accumulations likely under 2″. Highs in the teens.

Well at least we’re breaking records at this point.

We broke our daily record low on Sunday…we did it at a weird time for record lows…towards the late evening when we dropped to -6°. Impressive and shows the push of the arctic air southwards.

Today we broke a record low already…down to -10° and we’ll break a record cold high which is 8°. That one will be shattered.

From there though temperatures will recover to a large extent and the hope is that we’re approaching 32° on Friday. We’ll see if we get there.

Today will also break a record for the highest streak of consecutive days with highs 15° or lower. We tied it at 8 yesterday and today will push it to 9°. We should add another tomorrow before stopping the streak I think on Wednesday although it could be close.

The streaks of highs less than to 20° and less than 32° appear to be safe however.

Here is a smattering of record lows so far today. More coming.

Record low temperature are going to be tumbling all over the place tomorrow too.

A sampling of those cities in jeopardy.

Look at the scope of the cold with the current temperatures.

and the wind chills making things more dangerous for frostbite.

Take note of the southern US towards OK and TX. Heck even into LA and MS/AL…just brutal by their standards.

The sprawling arctic air mass is evident above and looking at the weather map as well.

This air is being refrigerated even more…it doesn’t have the opportunity of moderating…and all the clouds that we’ve seen over the past week or so isn’t helping the situation.

This aspect of things though is pretty remarkable…the deep south.

Texas though is having a time of things…for a variety of reasons…including how their power is generated…and usage.

There is actually lake effect snow happening in the Houston area off the warmer lake waters surrounding the city.

Just an impressive dump of cold air into the States. Here are the temperature anomalies.

There were quite the temperature extremes yesterday into this morning from highs to lows…from 90° in FL to -40° up in MN…and there were probably colder temperatures somewhere out there.

Those are Canadian Geese…they feel very “at home” right now.

Drink like an Egyptian: Historians discover the world’s oldest beer factory in Egypt

Mon Feb 15 , 2021
A joint US-Egypt discovery team has found a beer factory in ruins of ancient Egypt going back 5,000 years. According to New York University’s Mathew Adams, this factory was capable of producing 22,400 liters of beer at a time — that’s nearly 50,000 pints. For workers, like the ones who […] 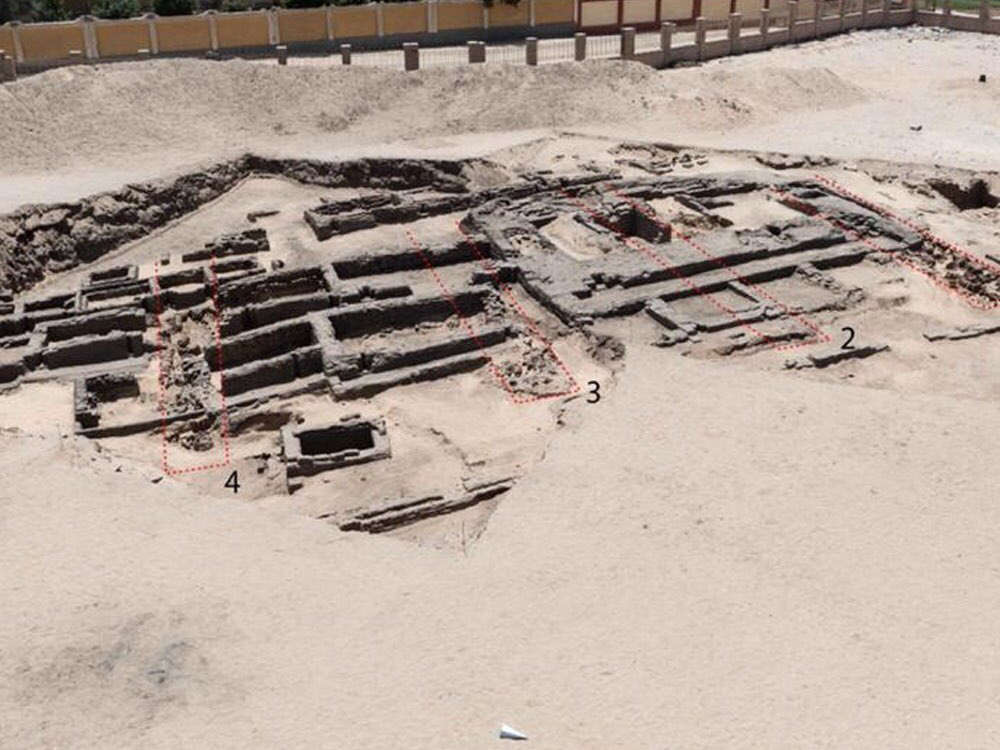