For more stories like this, check out The Chronicle’s weekly Travel newsletter! Sign up here. From a podium in Moscone Center on Tuesday morning, Lt. Gov. Eleni Kounalakis urged Californians to start planning their summer vacations. Where does she want them to go? California. “It’s time. You can safely get […]

From a podium in Moscone Center on Tuesday morning, Lt. Gov. Eleni Kounalakis urged Californians to start planning their summer vacations. Where does she want them to go? California.

“It’s time. You can safely get out in public again,” Kounalakis said. “I think we all need a little weekend getaway.”

Encouraging pandemic-fatigued Californians to step out of their homes and spend money touring their own state was the message of a news conference hosted by Visit California, the state tourism bureau, ahead of Gov. Gavin Newsroom’s plan to fully reopen the state on June 15.

The “life-affirming freedom of travel is right in front of us,” said Caroline Beteta, president and CEO of Visit California. “This is about choosing California and your fellow Californians first as a modern day act of patriotism.”

The state’s tourism industry, typically one of the strongest in the country, has been gutted over the past year as international travel and corporate conference events dried up and Californians were held to some of the country’s strictest COVID protocols. A statewide travel advisory put into effect in December recommended that residents not venture more than 120 miles from home. It was updated in April to align with national guidance that people delay travel until they are fully vaccinated.

Overall, the outlook for travel this year is “very promising as the state is poised to reopen,” Beteta said.

Disneyland, sporting events, wineries, museums and restaurants are all either accepting guests or on the verge of doing so.

“More than 75% (of Californians surveyed) have taken action to plan a trip in the just the past week,” Beteta said.

Travel spending in 2020 plummeted to $65 billion from an all-time high of $145 billion the year before. It is not expected to top that mark until 2024, when Visit California projects spending to hit $151.4 billion.

The state lost nearly $12 billion in visitor spending from in-state residents in 2020 as Californians opted to travel to neighboring destinations like Las Vegas, Arizona and Mexico, Beteta said.

The industry also lost about 50% of its 1.2 million workers during a nadir last year. Job losses in hospitality “affected entry level and Latino workers the hardest,” Beteta said.

In spite of air travel getting back on track nationwide, the tourism bureau doesn’t expect international travel to California to rebound until 2023.

The picture in San Francisco is just as dispiriting. Tourism spending in the city was down $8 billion in 2020, compared to 2019 levels, to a total of $2.3 billion.

Hotel tax revenue, which feeds the city’s general budget for public services, dropped by 71% to $275 million in 2020 compared to $980 million in 2019 as hotel occupancy hovered around 27% on average. That’s down from pre-pandemic levels of 85% occupancy, among the highest of any city in the country, said Joe D’Alessandro, president and CEO of San Francisco Travel.

Also of concern is the drop in meetings and conventions in San Francisco, which began before the pandemic after conference organizers took issue with street encampments and conditions downtown. Revenue from those events, which once included gatherings hosted by Google, Oracle and Facebook, clocked in at $275 million last year, down from $1.8 billion in 2019.

Moscone Center, where Tuesday’s conference took place, has served as a COVID-19 vaccination center and briefly as a homeless shelter in the past year.

“But now it’s time to get this building open for its core function of hosting meetings and large-scale events to really support the heart of this city,” D’Alessandro said.

The city recently booked its first 2021 conference at Moscone, an annual meeting of the American Society for Surgery of the Hand, set for the fall.

But the return of business travel and conventions will trail leisure travelers, presenters said Tuesday.

Vacationing locally this summer “would make a big difference in speeding up our collective recovery,” D’Alessandro said.

When asked whether now — six weeks out from the June 15 reopening date — is a safe and appropriate time to travel, Kounalakis at first reiterated that travelers and businesses should continue heeding health protocols. But then she acknowledged that, because of capacity limitations at popular venues and destinations, now is the “perfect time to go to Disneyland or a museum because they won’t be packed, because they can’t be.”

Air travel picking back up at Will Rogers World Airport

Wed May 5 , 2021
OKLAHOMA CITY (KFOR) – Airport travel is the busiest it’s been since before the start of the COVID-19 pandemic. While it’s an exciting time – the TSA is still requiring masks for everyone in the airports and planes – leading some passengers facing major consequences for not complying. TSA extends mask […] 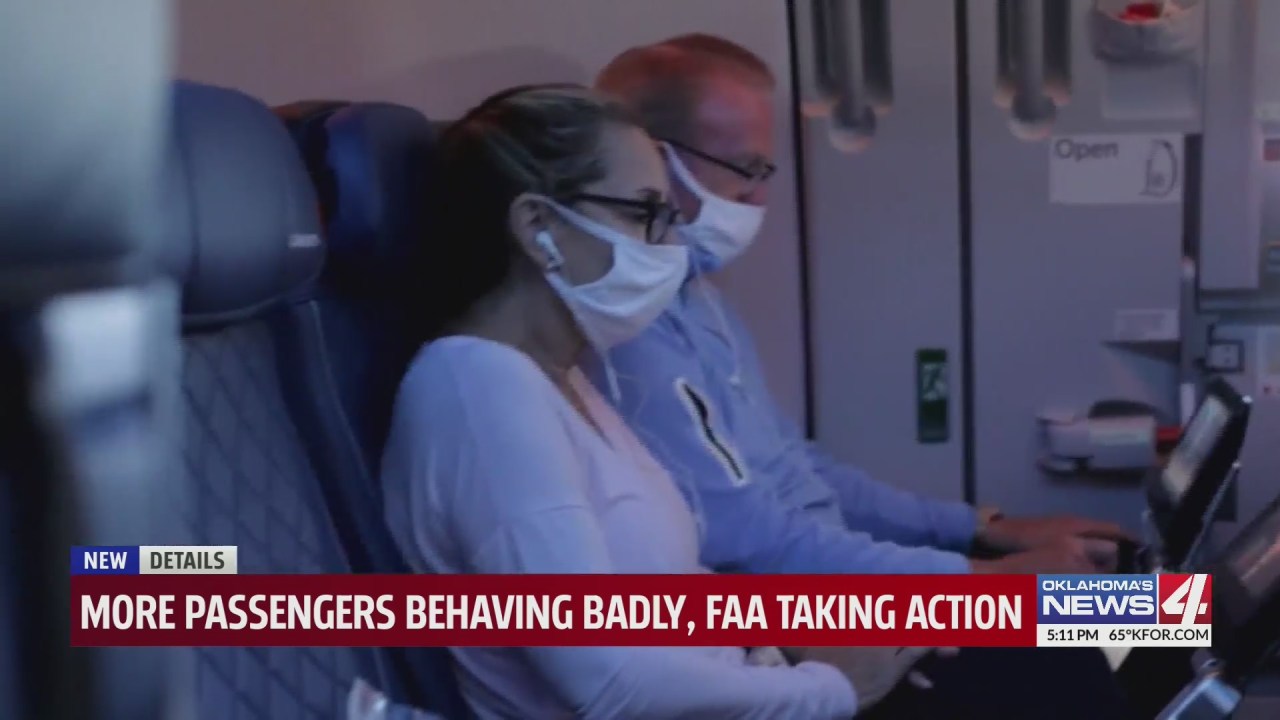