Rep. Deb Haaland, who made history as one of the first Native American women elected to Congress in 2018, shattered yet another glass ceiling.

The Senate voted 51-40 on Monday to confirm the New Mexico Democrat as President Joe Biden’s Interior Secretary. As a member of the Laguna Pueblo tribe in New Mexico, Haaland would become the first Native American to hold the post.

“A voice like mine has never been a Cabinet secretary or at the head of the Department of Interior,” Haaland tweeted shortly after her confirmation. “Growing up in my mother’s Pueblo household made me fierce. I’ll be fierce for all of us, our planet, and all of our protected land.”

As part of her sprawling portfolio at the helm of Interior, she’ll oversee the nation’s vast public lands and waters as well as the Bureau of Indian Affairs and the Bureau of Indian Education, the agencies most involved in Native American issues and the ones that are most at loggerheads with tribes. Her backers have argued that her personal — as well as governmental — experience, make her the best person for the job and the best hope for reforming the agency’s relationship with Native Americans.

Her confirmation comes after months of campaigning from a mix of progressives, Native Americans, environmental activists. Even some Hollywood celebrities spent months urging Biden to nominate her over more establishment candidates.

“The confirmation of Sec. Deb Haaland is a historic step toward redeeming our nation’s relationship with first Americans,” House Natural Resources Committee Chairman Raul Grijalva, said in a statement. “Sec. Haaland has made history for her people, and now she will help guide our shared history.”

Grijalva, an Arizona Democrat has been one of Haaland’s most ardent and earliest backers for the job.

Haaland faced tough questions at her confirmation hearing in February before the Senate Energy and Natural Resources Committee, led by two ardently pro-fossil fuel senators and conservatives who sought to paint her as a “radical.” But she also had by her side an unusual ally; pro-drilling Republican Rep. Don Young of Alaska  — the oldest member of Congress — introduced and vouched for Haaland at her confirmation hearing.

Speaking on the Senate floor earlier Monday, Majority Leader Chuck Schumer said Haaland will have an important task ahead of her after four years of the Trump administration, including refocusing the agency on “preserving and protecting” almost 500 million acres of public lands, combating climate change and environmental degradation.

“In elevating Rep. Haaland to lead the Department of the Interior, we reset the relationship between the federal government and tribal nations to one of cooperation, mutual respect, and trust,” Schumer added.

That Haaland would leap over hurdle after hurdle to secure a historic confirmation would not surprise her longtime colleagues and supporters. Supporters and people who have worked with her since her early days in New Mexico politics attributed Haaland’s “meteoric” rise to her ability to compromise while still sticking to her beliefs and centering tribal communities and the environment at the heart of her politics.

“We are thrilled for Secretary Haaland to lead the Department of Interior and implement a bold agenda based on science, equity, and environmental justice,” Tiernan Sittenfeld, senior VP of government affairs at the environmental group League of Conservation Voters, said in a statement. “Secretary Haaland will prioritize access to nature, tribal consultation, and responsible management of our public lands and resources for all people in this country — she will make a truly excellent addition to the growing Biden administration.”

‘She was the underdog’

Haaland was born in Arizona 60 years ago, but her military family relocated multiple times before eventually landing in Albuquerque.

Before climbing the ladder in New Mexico politics, a teenage Haaland worked her way up at Zinn’s Bakery in Albuquerque. Politicos who campaigned alongside her in later years regaled Insider with stories of the cakes and pastries she’d whip up to fuel them for long days on the trail.

Her past struggles with poverty, alcoholism, and two drunk-driving charges decades before she ran for Congress have shaped her perspective as an elected official.

“I pushed through college, and law school as a single mom, and I’m 30 years sober,” she said in a 2018 campaign ad. “But struggle made me fierce.”

In 2010, she joined the board of directors for the Laguna Development Corporation, which oversees casinos and gaming on the reservation. It was there where her signature trifecta of tribal issues, environmental advocacy, and knack for compromise began to take shape.

“She’s very strong in her concern for ensuring we were considering environmental impacts…and she understood that in order for a company to do this they had to be profitable,” said Jerry Smith, a fellow member of the Laguna Pueblo tribe who was executive director at the time and identifies as a conservative.

For five years, Haaland successfully pushed her colleagues to adopt changes such as eco-friendly LED lights in their casinos, recycling programs, and electric vehicles for the security team. Smith recalled a time Haaland tried to convert the casinos to non-smoking due to air quality concerns. He said it didn’t work out.

“Deb felt for the longest time that Native Americans were being left out of the conversation,” said Scott Forrester, Haaland’s district director and 2016 campaign manager.

She aggressively canvassed the state’s tribal communities for Barack Obama in 2012, knocking on doors and encouraging them to register and vote. Early in Tom Perez’s tenure as DNC chair, Haaland pushed him to bring more Native Americans into the party so they would have enough members to form a caucus, Rion Ramirez, now the Native American caucus chair, told Insider.

After Haaland ran for lieutenant governor on an unsuccessful ticket in 2014, she turned her attention to running for the job of the New Mexico Democratic Party chairwoman. She won.

“I think what she was best known for was shaking up Democratic politics in New Mexico,” said Raina Thiele, a former Obama White House staffer who came to know Haaland through her work with the state party.

“I think she helped make it a more inclusive environment. I think she made it more effective, to be honest,” Thiele added. “She brought communities into the fold that really hadn’t felt like they were a part of the party before.”

Prior to Haaland’s arrival, New Mexico Democrats had had a rough go of it. After the departure of the larger-than-life Bill Richardson, the governorship swung back to Republican control in 2011. In 2014, Democrats lost control of the New Mexico House of Representatives for the first time in 60 years.

Forrester, himself a former state party official, told Insider that after Haaland took over the party she hired full-time staff, strengthening its infrastructure and allowing it to make gains at the local and federal level over the next few years. She also worked to canvass Native American voters throughout the state.

Two years later, Democrats reclaimed both chambers of the state legislature in Santa Fe. In 2018, the year Haaland was elected to Congress, New Mexico Democrats swept all three of the state’s congressional seats, and reclaimed the governor’s mansion.

That was also the year that Haaland truly arrived on the national scene. For the 2018 cycle, she hired Forrester to manage her campaign and set about winning a competitive primary.

“She was the underdog and nobody thought she would win, raise the money,” he told Insider.

And then, she won, first the primary and later the general election, earning her place in Congress as well as the history books.

Haaland became one of the first Native American women ever elected to Congress, along with Sharice Davids, a Democrat from Kansas. She has made environmental and indigenous issues signature components of her work.

“You can cry identity politics, but try not being represented for over 200 years and all the sudden have somebody who looks like you,” Haaland told the Washington Post after her election while reflecting on the gravity of her win. “I think that just causes a lot of emotion for people.”

After Biden began assembling his Cabinet late last year, Haaland found herself in a similar situation today as she did in 2018. She was once again on the precipice of history and carrying a torch for millions, but with several other contenders potentially in her way.

Michael Connor, a deputy secretary of the Interior under Obama who is also of Native American ancestry, was reportedly another top contender.

But in the end, after wave after wave of public campaigns on her behalf, Biden chose Haaland for the role.

“History is a very powerful force,” Grijalva told Insider. “This moment in history belongs to Deb Haaland, and nobody else.”

Editor’s note: A previous version of this story ran in December 2020, prior to Deb Haaland’s nomination. You can read that story here.

Tue Mar 16 , 2021
The rumblings about travel in our COVID-ravaged world continue to worry those aching to get back out there. Do I need a COVID-19 test to get on a plane? What’s a health passport? Can’t I just carry my vaccine card? If I don’t, does this mean I can’t travel? Should […] 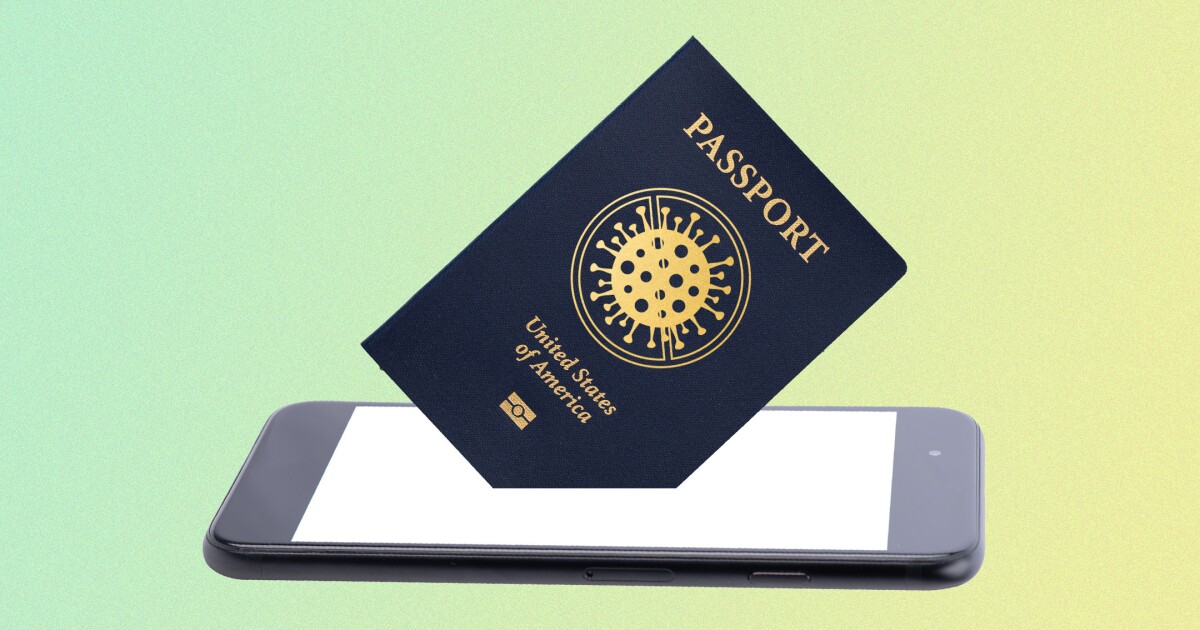