Soon after the reappearance of Jack Ma last week, the FT’s China team had a story detailing how the country’s central bank was about to clamp down on Ant Group, the payments and technology arm of his business empire: the People’s Bank of China proposed new anti-monopoly rules that will […]

Soon after the reappearance of Jack Ma last week, the FT’s China team had a story detailing how the country’s central bank was about to clamp down on Ant Group, the payments and technology arm of his business empire:

. . . The draft rules issued by the PBoC, which have not yet been enacted, make it clear that regulators are now targeting Ant’s core Alipay payments service as a monopoly that might have to be broken up. The central bank had previously suggested that it might be content if Ant “returned to its roots” as a payments provider, while placing its fast-growing lending businesses into a new holding vehicle that would face more stringent oversight.

That this is the area of Ma’s empire that Beijing is now targeting does not surprise us in the slightest. Alipay has revolutionised the way China buys and sells things, enabling people to make instant payments using their mobile phones. The company says it has 1.3bn active users, most of whom are in China, and accounts for more than half of all mobile payments there. Indeed, we’d long suspected that the threat to the PBoC’s monetary authority presented by Alipay and other mobile payments operators was what had led the central bank to start work on creating its own digital currency.

In both the private and official sector, China has a solid claim to being a world leader. So much so that there is, as Izzy has pointed out, some concern outside of the country that the PBoC is so far advanced in its efforts that the digital yuan could become the de facto official digital reserve currency globally. And why would this surprise anyone? Would China’s central bank really miss an opportunity to not only retain control of currency production and distribution, but to create a mass ledger that could record the history of every single digital yuan that ever came into existence?

Beijing is far from alone in its ambitions.

The supreme power of the world’s central banks is to hold the monopoly power to issue currency as they see fit. We’re not talking about all money here — the bulk of which is made by private sector lenders via fractional reserve banking — but cold hard cash and electronic reserves. They also control distribution, usually through public-private payments systems, set up with the major banks who fall under their jurisdiction. This monopoly is increasingly at risk from digitalisation.

Payments have been becoming more digital around the world for decades now — this is an old story. But the pace at which people have ditched cash has quickened during the pandemic. Even in Germany, where they absolutely can’t get enough of the stuff, the Bundesbank thinks only 60 per cent of all purchases were paid for in cash in 2020, compared with 74 per cent three years ago. The European Central Bank also reported last week that the amount of euro banknote counterfeits recovered had fallen by a record amount last year, which we think owes much more to payments trends than anything the central bank has done to improve the notes’ security features. The trend might reverse, but it might not. As time passes, more people will buy things with Alipay or other mobile payments, and the more Ant Group build trust. It still makes transactions denominated in yuan now, but if it were to grow bigger and better, would Ma at some point not want to invent his own currency? He strikes us as the sort of guy who would like to see his face emblazoned on the back of a banknote (a digital one of course).

Private currencies have always existed. But the capacity of tech companies to supersede the public-private operation we have now in enabling speedier and cheaper payments is a growing threat. That’s for three reasons: the mass adoption of mobile phones, the proliferation of social media and apps, and officials’ neglect of the existing infrastructure — particularly that for cross-border payments.

We have written in the past that it has only been since the advent of Facebook’s Libra (now called Diem, and still not launched) that European financial officialdom has truly awoken to the dangers of tech companies snatching away its currency monopoly. That there are all sorts of flaws with Libra didn’t really matter — that’s not what we’re concerned with here. What we are concerned with is that, as Benoît Cœuré, who is always worth listening to on this topic, highlighted in his ECB farewell in 2019, the response to Libra was driven by politics:

Dependence on non-European global players creates a risk that the European payments market will not be fit to support our Single Market and single currency, making it more susceptible to external disruption such as cyber threats, and that service providers with global market power will not necessarily act in the best interest of European stakeholders. Strategic autonomy in payments is part and parcel of the European agenda to assert the euro’s international role. The rising challenges to our global governance system have contributed to the belief that the EU may be more exposed to the risk that the monetary power of others is not used in its best interests, or is even used against it.

European officials, like their Chinese counterparts, have attempted to snatch back control over the payments infrastructure, both by improving existing payments systems and proposing CBDCs (without, it must be said, much clarity about what problem an official digital currency would actually solve). Christine Lagarde might have struggled to get up to speed on monetary policy, but her political acumen has meant that she has been fast to recognise the importance of a digital euro to the ECB’s status. She has quickly stolen the limelight back from the likes of Bruno Le Maire, France’s finance minister, who at one point seemed to be leading the anti-Libra charge.

There are differences between Europe’s and China’s approach — Mark Zuckerberg has not disappeared from public view for months on end; the EU does have a more benevolent attitude towards its citizens’ right to privacy than Beijing.

Yet it has taken the tech industry’s inroads to awaken both sides to just how political the creation and proliferation of currency is. Both now realise that the issue is, as Cœuré put it recently, about “a balance of power between governments and big tech” in who controls currency. There are many unknowns in how these tensions will play out, but we’re pretty sure Ant Group will not be the last of its kind to face the wrath of the state.

Fri Jan 29 , 2021
(CNN) — New travel bans imposed by the United Kingdom limiting arrivals from the United Arab Emirates and other destinations in an attempt to curb the spread of Covid are likely to impact what has become the world’s busiest airline route. The UK on Friday imposed the new restrictions as […] 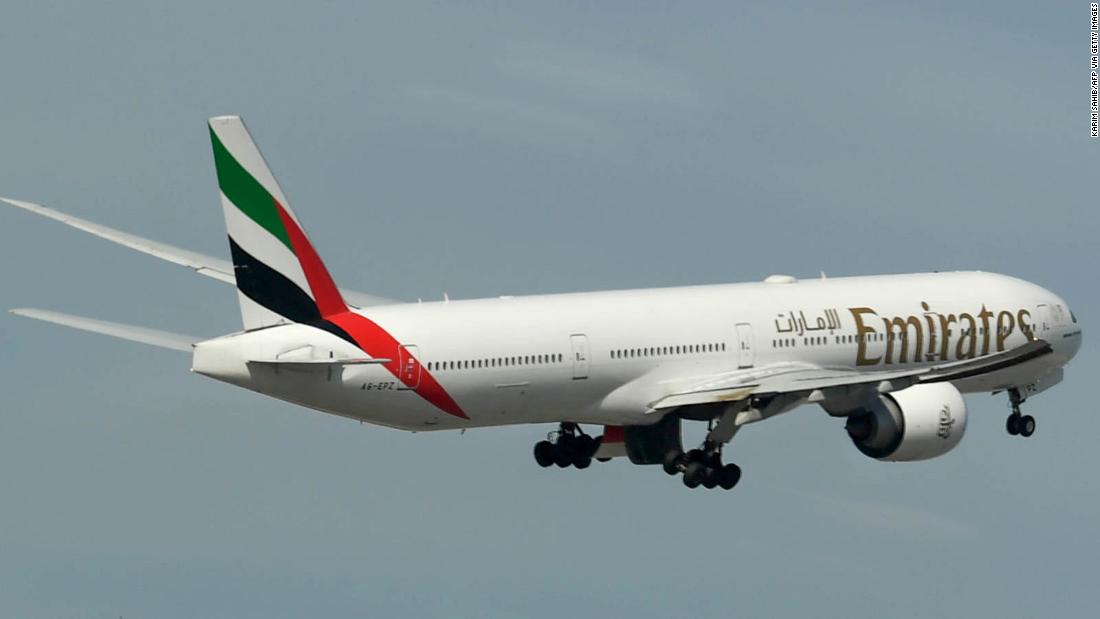