Delta Air Lines CEO Ed Bastian has joined the chorus of travel-industry executives coming out strongly against a government proposal to require mandatory COVID-19 tests for passengers on flights within the United States. “I think it’d be a horrible idea for a lot of reasons,” Bastian said Tuesday in an […]

Delta Air Lines CEO Ed Bastian has joined the chorus of travel-industry executives coming out strongly against a government proposal to require mandatory COVID-19 tests for passengers on flights within the United States.

“I think it’d be a horrible idea for a lot of reasons,” Bastian said Tuesday in an interview with CNN’s Poppy Harlow.

Bastian said testing won’t keep domestic passengers safer and will set the travel industry’s recovery back by at least another year. Airlines saw cancellations and bookings spike after mandatory testing for international flights to the U.S. was announced in January.

Bastian saidrequiring domestic travelers to get tested would divert about 10% of the country’s already scarce testing resources, given that U.S. airlines are carrying about 1 million passengers a day on average as travel picks up. There were several days during the holidays whenpassenger counts topped 1 million, setting a pandemic record, but the numbers have since retreated, according to the Transportation Security Administration.

Taking testing away from those “truly in need” would be a “terrible decision,” he said. And given delays in processing results, he believes it would be a “logistical nightmare.”

And then there was one:  Delta, only airline still blocking seats, commits to keeping them empty through April

Bastian’s comments came as a coalition of travel industry players, including airlines, two major pilot unions and the U.S. Travel Association, urged the government not to institute mandatory testing.  They said studies show the risk of COVID-19 transmission during air travel is low and that an aviation-only testing mandate would be “discriminatory and unwarranted.”

“A testing mandate for domestic air travel would require extraordinary

resources, set unachievable standards for protecting public health, and do little to further

curb COVID-19 transmission,” according to documents released by the coalition.

The group said airlines and airports have already instituted pandemic safety measures, measures they say were made stronger by a new federal mask mandate on planes, and that the government’s focus should be on the vaccine rollout “as opposed to testing a very safe mode of travel.”

If current positive trends in infection rates continue, the group concluded: “It is likely that a broad domestic testing requirement could be even more unnecessary by the time it can actually be achieved.”

Despite the pushback, new Transportation Secretary Pete Buttigieg and officials with the U.S. Centers for Disease Control and Prevention say domestic testing is still on the table. No details have been released publicly.

“First and foremost, I would really encourage people to not travel,” CDC Director Rochelle Walensky said at a White House Briefing on Monday. “But if we are traveling, this would be yet another mitigation measure to try and decrease the spread.

In an interview with Axios on Sunday, Buttigieg said there is an “active conversation” with the the CDC on domestic testing.

“What I can tell you is it’s going to be guided by data, by science and by the input of the people who are actually going to have to carry this out,” he said.

“But here’s the thing. The safer we can make air travel, in terms of perception as well as reality, the more people are going to be ready to get back in the air.”

Canada tracks COVID on flights: COVID exposure on flights is more common than you think

The history of pizza | CNN Travel

Wed Feb 10 , 2021
(CNN) — What first springs to mind when you think of Italy? For some, it’ll be the Renaissance art on display in every corner of the country. For others, it’ll be ancient Rome — the magnificent Colosseum, maybe. But for many, it’ll be another big, round and eminently photogenic Italian […] 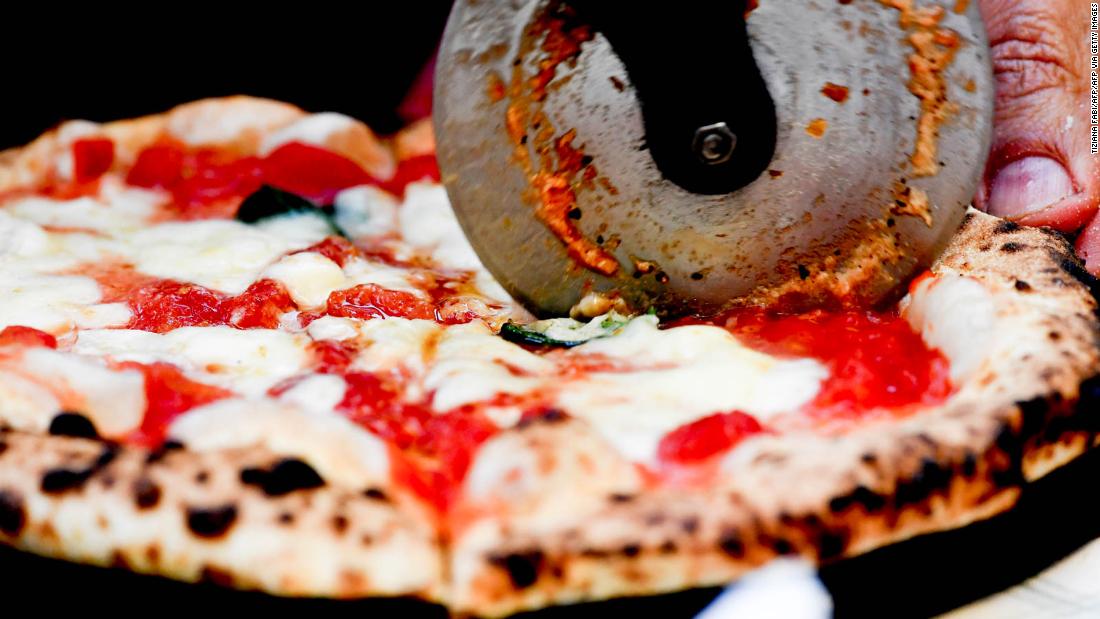