The latest numbers are the best news in more than a year for an industry pummeled by the pandemic and forced to turn to the government for billions in financial assistance. The TSA figures, along with what carriers say is an upward trend in bookings, may be evidence of a […]

The latest numbers are the best news in more than a year for an industry pummeled by the pandemic and forced to turn to the government for billions in financial assistance. The TSA figures, along with what carriers say is an upward trend in bookings, may be evidence of a turnaround, even as a recovery to the heady days of 2019 is probably far away.

“We are now seeing people far more confident about traveling,” said Henry Harteveldt, president of Atmosphere Research, an aviation research and consulting firm. “Whether it’s because they’re testing negative for the virus or perhaps they’ve been vaccinated, people are more willing to travel right now.”

The industry’s precipitous slide began March 17 last year, marking the first time in 2020 that TSA screened fewer than 1 million people. Those numbers bottomed out nearly a month later on April 14, when only 87,534 people moved through airport checkpoints.

This month’s numbers are still significantly below 2019 levels and even this time last year, when the pandemic had only begun to slow air travel. On Friday, the busiest of the four days, the 1,357,111 people screened was more than 430,000 fewer than in 2020 and 1.1 million below the number screened the same day in 2019.

Even so, the latest numbers could signal a turning point for the industry.

Gary Kelly, chief executive of Southwest Airlines, said at a Washington Post Live event Monday that after a rocky start to the year, his airline’s fortunes are improving.

“It feels like the beginning of the end,” he said.

A surge of infections put “a chill” on January travel that appears to be thawing, Kelly said, as the industry moves into the busier spring break travel season.

“The vaccination counts are coming up. And [you] get to the springtime, and people want to travel — and people are, I think, tired of being cooped up,” he said. “So, I think there are very clear signs that our business is picking up.”

Still, Kelly said, lucrative business travel continues to lag and might not return to previous levels for years.

In appearances at a J.P. Morgan Industrials Conference on Monday, the chief executives of American, Delta and United airlines said they, too, are seeing signs that more people are traveling.

Delta’s Ed Bastian said the carrier began to detect an increase in bookings five or six weeks ago. And while there have been upticks in travel during the pandemic, generally around holidays, this particular bump “seems like it’s real,” he said.

“Our last three weeks have been the best three weeks since the pandemic hit, and each week has been better than the prior one,” he said.

Experts say the numbers are being fueled by new optimism that the nation is emerging from the dark shadow the pandemic has cast for a year. President Biden said last week he hoped Americans may be able to reach some degree of normalcy by July 4. And each day, the number of those who are vaccinated is growing.

According to the latest figures, more than 72.1 million people — about 21.7 percent of the eligible U.S. population — have received at least one or both doses of coronavirus vaccine, while more than 11 percent are fully vaccinated. The number of coronavirus infections has dropped significantly from a January peak.

But some worry the enthusiasm for travel might be premature.

“This is definitely a good sign for the industry, but it is not a good sign for the pandemic because things are not yet normal,” said Mahmood Khan, a professor and director in the Department of Hospitality and Tourism Management at Virginia Tech’s Arlington campus.

For health experts, the recent bump in travelers — outpacing numbers recorded around the Thanksgiving and December holidays — is worrying.

Officials at the U.S. Centers for Disease Control and Prevention continue to discourage people from nonessential travel, warning that flying poses risks. In guidance released this month for people who have been fully vaccinated, the CDC continued to recommend against unnecessary travel. For those who do travel, the agency recommends people be tested one to three days before traveling and again three to five days after returning home.

That advice drew criticism from the Allied Pilots Association, the union that represents 15,000 American Airlines pilots, which issued a statement last week criticizing the CDC for saying vaccinated people should avoid travel.

“It doesn’t make sense that the federal government would invest in the airline industry if Americans shouldn’t travel,” said the APA’s president, Capt. Eric Ferguson. “If you’ve been following safe guidelines at home, and your friends or relatives elsewhere have been doing likewise, booking a flight to visit them should not increase your risk.”

Health experts, however, say those who are fully vaccinated must continue to take precautions.

“We are not actually in a different place yet,” said Lisa Lee, an epidemiologist and public health expert at Virginia Tech. “We’re close. We’re getting there. We have the obviously very good news that some people have been vaccinated. But we need to get to the place where we have 75 to 85 percent in our country immune.”

The airline industry repeatedly has cited research, including a pair of studies by a team at Harvard’s T.H. Chan School of Public Health. Those studies found airlines and airports have taken significant steps to reduce the risk of virus transmission, and when combined with mask-wearing, hand-washing and social distancing, the interventions can push the risk of catching the virus on an airplane below that of activities such as grocery shopping.

But Harvard researchers caution that travel still poses some risk. Leonard J. Marcus, a member of the study team, said the CDC is discouraging nonessential travel in part due to concerns that infectious people can still carry the virus from place to place.

“If you’re going from a place where there is low incidence to a place where there’s very high incidence and irresponsible behavior, you’ve got to be extra cautious,” Marcus said. “We’re looking at a problem that will recede as more people are vaccinated, but until then, we need to keep wearing masks and keep social distancing.”

Harteveldt, the aviation analyst, said he worries less about airplanes than what happens after people land, saying, “It’s about what people are doing at the destination.”

He cited news reports about the more than 100 people arrested over the weekend in Miami Beach for rowdy behavior.

Florida does not have a statewide mask mandate, and there are no restrictions on dining in restaurants. Those elements, combined with the warm weather and beaches that are always a draw, have made it an attractive destination for some visitors looking to escape restrictions elsewhere.

“It’s hard,” said Lee, the Virginia Tech expert. “The last mile is always the hardest one. But it’s just this last little bit, and we’ve got to hang in there.”

A recap of Ryan Fitzpatrick's wild journey in the NFL

Tue Mar 16 , 2021
A recap of Ryan Fitzpatrick’s wild journey in the NFL originally appeared on NBC Sports Washington Prior to Monday, the Washington Football Team’s quarterback room was rather inexperienced. There was Kyle Allen, a three-year pro with a few games of starting experience under his belt and Taylor Heinicke, someone with […] 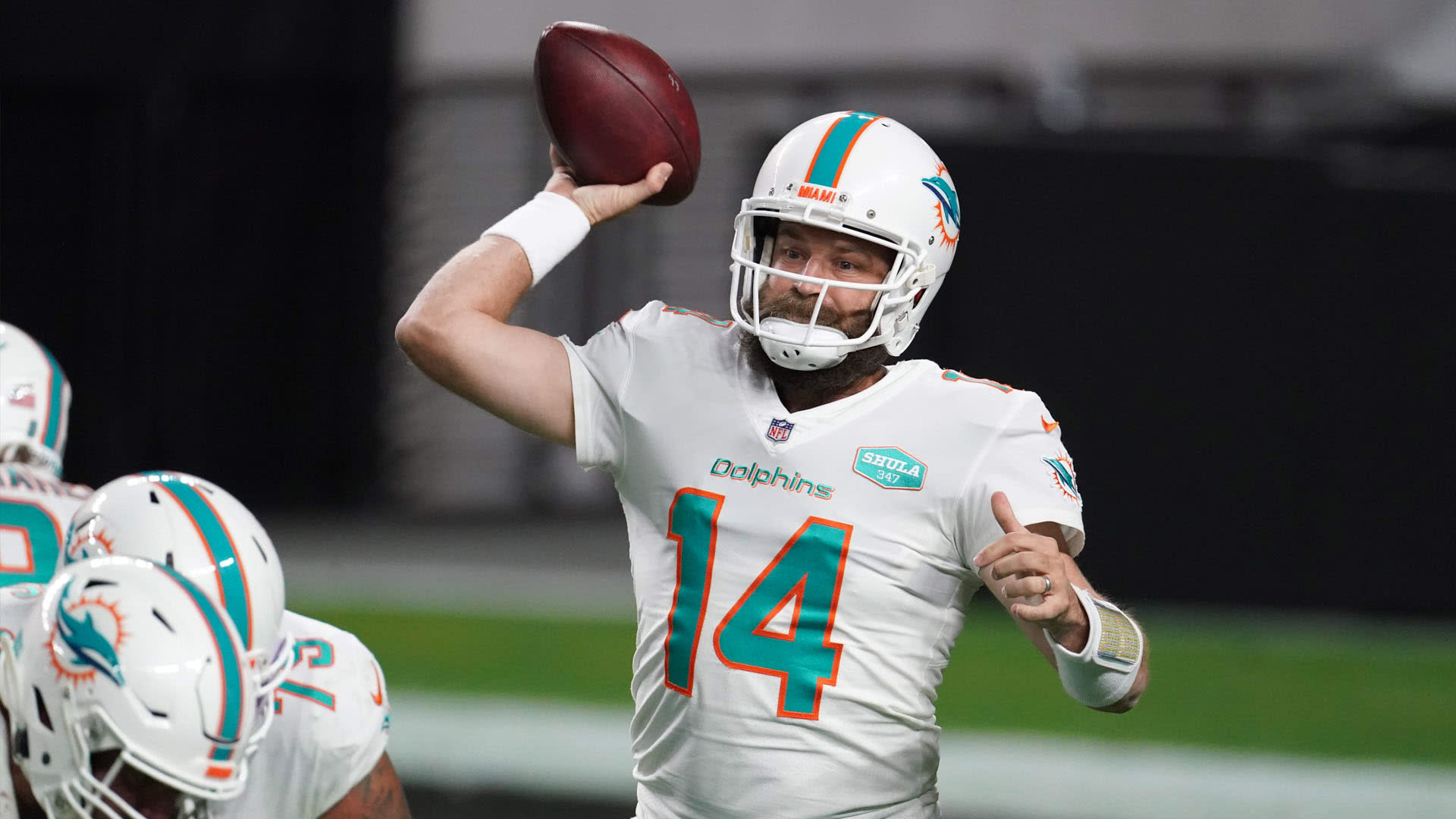