Gusty winds forecast for Monday afternoon have prompted the National Weather Service to issue a wind advisory for Orleans and other lakeshore counties. The advisory will be in effect from 1 p.m. Monday to 1 a.m. Tuesday. Also included in the advisory are Monroe, Wayne, northern Cayuga and Oswego counties. […]

Gusty winds forecast for Monday afternoon have prompted the National Weather Service to issue a wind advisory for Orleans and other lakeshore counties.

The advisory will be in effect from 1 p.m. Monday to 1 a.m. Tuesday.

Also included in the advisory are Monroe, Wayne, northern Cayuga and Oswego counties.

Northwest winds of 25 to 35 mph are forecast with gusts of 50 to 55 mph expected, according to the Weather Service.

The strongest gusts will likely occur during the early evening when the strongest winds aloft cross Lake Ontario. A few gusts up to 55 mph are possible along the immediate lakeshore, the Weather Service said in a forecast discussion.

Gusty winds could blow around unsecured objects. Tree limbs could be blown down and a few isolated power outages may result, the Weather Service said.

While no advisories have been issued for Genesee, Livingston, or Wyoming counties, it may not be clear sailing.

While the bulk of the day will be dry, deepening cold air will start to support lake snow showers southeast of the lakes by mid-afternoon, the Weather Service said in the forecast discussion.

There is a potential for snow squalls with brief locally heavy snow and gusty winds Monday afternoon into Monday evening, the Weather Service said.

The Monday evening commute may be affected with snow showers and squalls ahead of a secondary cold front found across the forecast area after 4 p.m., the forecast discussion said.

In Genesee County, the forecast calls for a slight chance of rain and snow showers before 10 a.m., then snow showers. The snow could be heavy at times with temperatures falling to around 26 degrees by 5 p.m. Breezy conditions are forecast with a west wind of 21 to 25 mph, with gusts as high as 43 mph. The chance of precipitation is 80% with new snow accumulations of around an inch possible, according to the Weather Service.

Scattered snow showers are also forecast for Monday night, mainly before 1 a.m. with accumulations of less than a half-inch possible Windy conditions persist, with a northwest winds of 21 to 26 mph decreasing to 15 to 20 mph after midnight. Winds could gust as high as 43 mph, the Weather Service said.

The forecast is similar for Livingston County, where a west wind of 17 to 23 mph, gusting as high as 41 mph is forecast during the day. Blustery conditions persist Monday night with a northwest wind of 15 to 24 mph, with gusts as high as 43 mph, according to the Weather Service forecast.

Wyoming County sees a similar forecast, but with west winds of 20 to 23 mph, with gusts as high as 41 mph during the day and a northwest wind of 16 to 24 mph Monday night with gusts as high as 40 mph. With a low temperature around 10 degrees, wind chill values could be as low as -5 degrees, according to the Weather Service forecast.

Another Good Weekend In The US Shows Increasing Demand For Travel

Mon Mar 1 , 2021
As a sign of increasing confidence in air travel, passengers for the third straight weekend have surpassed one million passengers in a day. However, this time, the numbers were just as good on Thursday, February 25th, as they were on Friday the 26th– an increasing sign that customers are willing […] 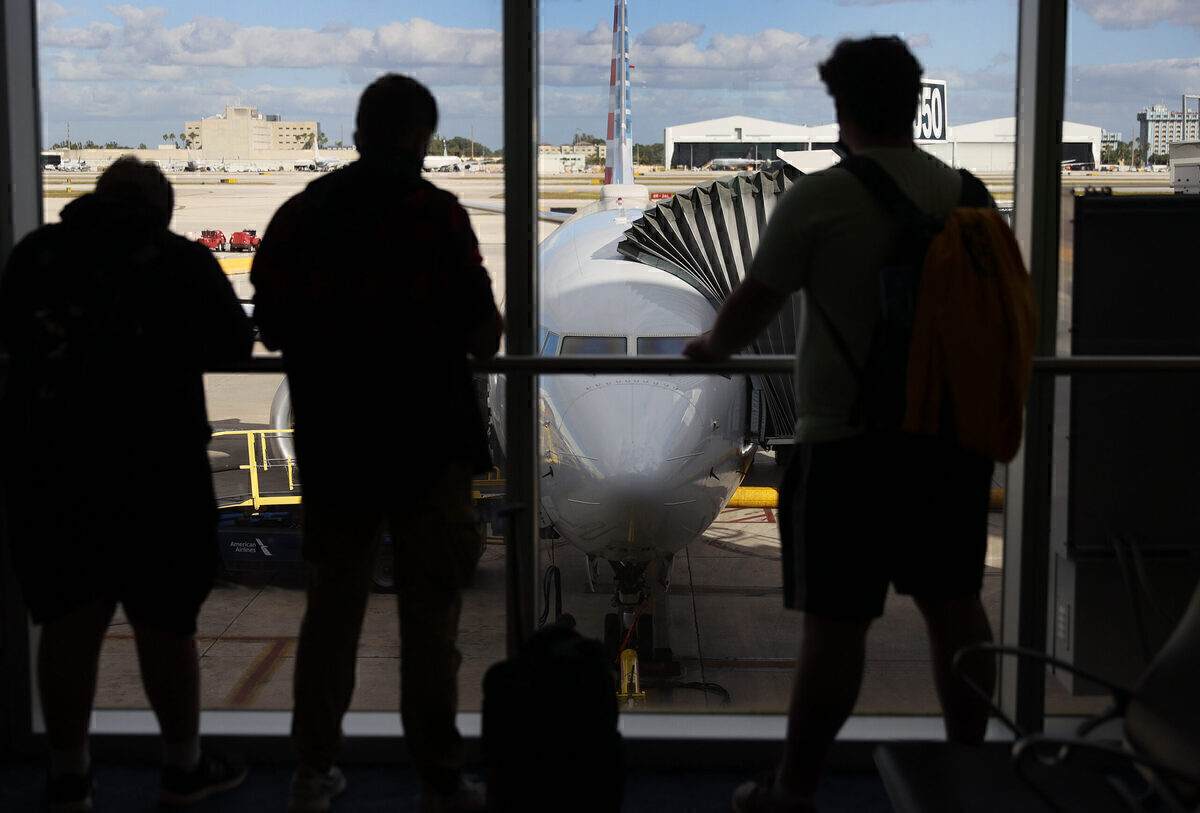