Lots of folks are asking questions about how best to explore Alaska this summer. Earlier this month, Canada extended a ban on large cruise ships, dealing a huge blow to the Alaska tourism industry. American federal law prohibits foreign-registered ships — including most of the cruises that visit Alaska — […]

Lots of folks are asking questions about how best to explore Alaska this summer.

Earlier this month, Canada extended a ban on large cruise ships, dealing a huge blow to the Alaska tourism industry. American federal law prohibits foreign-registered ships — including most of the cruises that visit Alaska — from sailing between two American ports unless they stop at a foreign port in between. To comply with the rule, large cruise ships bound for Alaska either start their voyages in Canada or stop in Canada en route.

While there are some U.S.-flagged vessels that can dodge the ban (including Juneau-based UnCruise and Sitka-based Alaska Dream Cruises), those ships are much smaller and more expensive. Further, the smaller ships spend more time in the wilderness and less time, if any, in popular ports of call like Skagway and Ketchikan.

These two events, the Canadian cruise ban and the lapse of the state’s COVID-19 test requirements, further muddied the water for travelers planning a trip to the Last Frontier. Up to that point, the larger question for travelers had been the lasting effects of the pandemic — and whether it would be safe to visit.

As it is, Alaska is trending well regarding vaccinations and new cases are dropping. Today, the big questions facing travelers are how to get to Alaska without a cruise ship and whether the state of Alaska is serious about keeping more COVID-19 cases from being imported by travelers.

For those of use who call Alaska home, we’re quick to point out that airplanes fly both ways each and every day. Lots of them, in fact.

So this summer, big groups are out and small groups are in. Alaska is well-suited for social distancing. And each of our destinations, including the communities in Southeast Alaska, are well-suited for visitors who want to stay longer than four to six hours. You just have to do a little bit of research.

Most communities and many tourism businesses are pivoting away from cruise travelers this year, with the “Cruise canceled? Come anyway!” message.

In Ketchikan, the big ships are easier to spot on the water. But everywhere you look, there are fishing boats headed up George Inlet or to other fishing grounds.

The first boat you’ll take after landing at the Ketchikan Airport is the ferry across the Tongass Narrows. It takes five minutes. You can rent a car on the “Town Side” and head north. The road goes about 15 miles, past Ward Cove and up to what’s called Clover Passage.

Salmon Falls Resort sits on the water looking north to Betton Island. It’s not uncommon to see sea lions and whales frolicking in the water offshore. There are several fishing boats tied up to the dock, ready to take guests out fishing each morning. You can go with a guide or just rent the boat. Salmon and halibut are the most popular catches, but there’s also cod and rockfish. Room rates range from $350-$650 per day depending on when you arrive. There’s a three-night minimum stay.

The same folks who own Salmon Falls also own the Edgewater Inn, which is just a couple of miles away from the airport. Rooms start at $169 per night. Perched on a bluff overlooking Tongass Narrows, the Edgewater also has a small marina that is home to several fishing boats.

Once a week, on Fridays, you can catch the Alaska Marine Highway from Ketchikan to Wrangell for $68 one-way. The ride takes about six hours. Or, you can fly on Alaska Airlines on a daily flight that last less than 40 minutes.

Wrangell is built for the independent traveler. There are several jetboat operators who can take you up the Stikine River, or over to Anan Bear Observatory. Alaska Waters has a “Little Norway Tour” that includes a jetboat ride to the face of LeConte Glacier and a visit to Petersburg.

Operators of many popular attractions throughout Alaska still are working to develop their plans this summer, since cruise passengers won’t be in the picture.

Jim Duncan is in charge of the Goldbelt Tram, which goes from Juneau’s cruise ship dock straight up to the 1,800-foot level on Mount Roberts. Once you get to the top of the tram, there’s a network of trails, including a path to the top of Mount Roberts.

“We’ve made the decision that we’re going to operate this summer,” he said. “We’re not quite sure if it’s going to be seven days a week, or just a few days around the weekend. But we’re optimistic that there will be independent travelers here.”

In Southcentral Alaska, there’s a bigger population base from which to draw for tourist-related activities and attractions. In Seward, Kenai Fjords Tours and Major Marine Tours are starting their gray whale watching cruises next month. The popular cruises deeper into Kenai Fjords National Park start in May.

The Alaska Railroad plans to operate, but the exact schedule still is up in the air. Cruise ship passengers made up a large number of railroad customers — either in their own cars or in the cars they pulled that were owned by Princess Cruises.

Speaking of Princess, even though the company won’t be sailing any ships in Alaska, it plans to open some Alaska lodges. The Kenai Princess and the Denali Princess are slated to open, in addition to the Westmark Fairbanks (Westmark Hotels, like Princess, is a subsidiary of Carnival Corp.).

With the lifting of the statewide COVID-19 testing mandate, some tour operators have had to improvise. Sometimes, they’re requiring COVID-19 tests in advance of travel to safeguard their own employees in addition to guests. Sometimes, it’s because their tours go to communities with very strict COVID-19 protocols.

“We make sure all travelers have a negative COVID-19 test,” said Matt Atkinson of Northern Alaska Tour Company in Fairbanks. “Because we operate in certain communities, we have to maintain the highest level of safety,” he said.

Other tour operators may have to mandate that only fully vaccinated guests may travel in order to comply with remote communities’ requirements.

Even though Alaska’s COVID-19 numbers are dropping, some troubling reminders of the virus remain — and it’s still spreading in many communities. Travelers who want to visit this summer will have have to be real adventurers. Luckily, Alaska is made for them.

Sat Feb 27 , 2021
It’s fair to wonder if this could be a big spring training for Rafael Devers. Not only because he’s coming off an OK-not great 2020 season, but also because he very much is a candidate to get a contract extension soon. That’s something that’s been speculated for a while, as […] 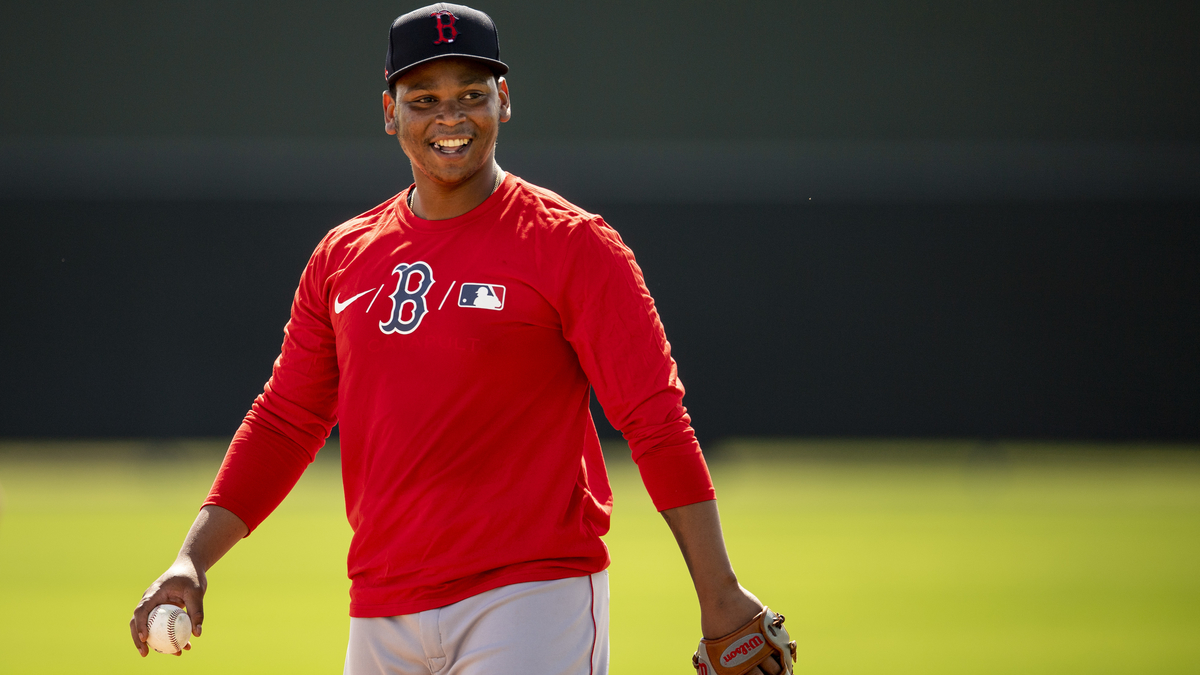