The United States is the wealthiest country in the world. You wouldn’t know it from the condition of the systems that make it work. There are 45,000 bridges and more than 170,000 miles of highways and major roads in poor condition. Drinking water is delivered to many residents through lead […]

The United States is the wealthiest country in the world. You wouldn’t know it from the condition of the systems that make it work.

Drinking water is delivered to many residents through lead pipes.

Electrical systems are vulnerable, and internet connections are unreliable.

Iowa has the highest number of structurally deficient bridges in the country. More than a third of our major roads are in poor or mediocre condition.

Iowans understand that an ambitious federal investment in this country’s infrastructure is long overdue. Fortunately, we now have a president who understands that, too.

Joe Biden’s $2.3 trillion American Jobs Plan is about much more than fresh concrete and steel. It rightly reimagines and expands the traditional definition of infrastructure.

In addition to surface transportation, it proposes investing in research and development, domestic manufacturing, renewable energy, worker training, airports and care for seniors and disabled people. It would make new investments in clean energy technology, such as electric-vehicle charging stations.

This could mean creation of millions of jobs and enhancement of the country’s economic productivity for many years to come. Good public transportation makes it easier to get to work. Reliable internet everywhere makes it easier to bring work to homes.

The plan “will invest in America in a way we have not invested since we built the interstate highways and won the Space Race,” according to a White House brief.

Was he speaking for all Republicans in Congress?

The old GOP argument that Democrats are being “fiscally irresponsible” and driving up the debt isn’t justified this time.

Biden’s plan does something Republicans have time and time again refused to do: Generate revenue to actually pay for new spending.

The administration wants to increase taxes on corporations. This could fully fund the infrastructure investment within the next 15 years and reduce deficits in the years after. It essentially reverses many irresponsible, federal budget-busting tax law changes made by the 2017 GOP-crafted tax law. It’s worth noting that Jeff Bezos, chief executive of Amazon, which employs about 950,000 people in the U.S., said he supports an increase in the corporate tax rate and Biden’s infrastructure plan.

Get rid of tax cuts for the wealthiest that never should have been implemented. Use the money to fund a long overdue investment in our economy that will benefit all Americans.

Thu Apr 8 , 2021
North Pacific loggerhead sea turtles (Caretta caretta) hatch on the shores of Japan and spend much of their time in the open Pacific, but sometimes mysteriously crop up in Mexico, 9,000 miles (14,500 kilometers) away from their original nesting ground. That incredible journey requires them to pass through potentially deadly, […] 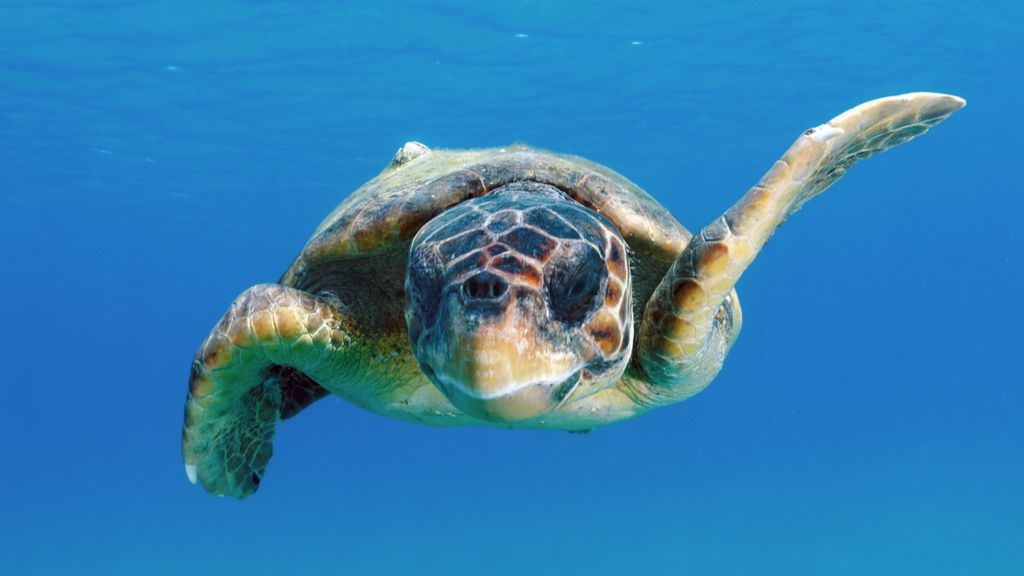