Comebacks is a series about businesses that have made dramatic turnarounds during the pandemic, in partnership with Slate’s Thrilling Tales of Modern Capitalism podcast. Last spring, as the coronavirus accelerated its spread around the globe and schools and businesses shuttered, private-jet companies saw a sudden flurry of activity. People who could […]

Comebacks is a series about businesses that have made dramatic turnarounds during the pandemic, in partnership with Slate’s Thrilling Tales of Modern Capitalism podcast.

Last spring, as the coronavirus accelerated its spread around the globe and schools and businesses shuttered, private-jet companies saw a sudden flurry of activity. People who could afford it were scrambling to get home before lockdown orders went into effect. “You remember how crazy the commercial airports were at that time,” said Justin Crabbe, CEO of the plane-chattering platform Jettly. “So everybody was resorting to private.”

And then: Almost nothing. Just like the rest of the aviation sector, the private plane industry to hit a wall shortly after the initial rush. From May to around December, Jettly’s business dove by about 40 percent, according to Crabbe. For Magellan Jets, a flight-chartering company based out of Boston, revenue dipped by 90 percent during parts of the spring, with business travel almost entirely disappearing. “There’s a great quote by Warren Buffet that you find out who’s swimming naked when the tide goes out,” said Anthony Tivnan, the president of Magellan. “And the tide was certainly out in April, May, June.”

At Victor, a charter broker headquartered in London, the spring drop was so precipitous that the company had to furlough a large number of staff and rely on a skeleton crew. “There was quite a lot of panic,” said co-CEO Toby Edwards. “From a European standpoint, April was really, really flat.”

But nearly a year later, private-plane companies aren’t living in the same locked down world that the rest of us still inhabit. For one thing, their nadir was never as low as commercial airlines. (CNBC reported that by June 2020 private flights overall were running at up to 70 percent of 2019 levels, while commercial traffic was still all the way down at 15 to 17 percent.) And now? Crabbe says Jettly has even more business than it had in 2019. Historically, the company received about 3,000 to 5,000 requests for flights each month; over the last 30 days it’s gotten 8,000. The uptick began around January, which Crabbe partly attributes to be people being more comfortable with travel as the vaccine began to roll out. “It’s been a U-shaped recovery,” he said. It’s likely that it will take years for the rest of the airline industry, which suffered a 70 percent hit in 2020, to recover.

More evidence that the private-jet set don’t live like the rest of us: Victor’s recovery began even earlier, in May 2020. By July, business was booming. “Last summer was the busiest summer we’ve ever had as a company,” said Edwards, describing the boom in mid-pandemic summer vacationing. “That period of real uncertainty in April was forgotten quite quickly.” Victor’s business is currently at 90 percent of 2019 levels, and the company is no longer furloughing staff.

Many Americans may not feel comfortable flying commercial, but some of those who would normally fly first or business class are willing to pay more to get on a small private jet and avoid close contact with other passengers. Many of them are elderly or have underlying health conditions. “I’ve been in aviation for 20 years, and I have never seen so many first-time fliers come in to work with Magellan,” Tivnan said. Even the process of moving through the airport and boarding a flight is less risky for travelers who can afford it. McKinsey estimated that passengers go through 700 points of contact with other people and objects in the process of flying commercial, but only 20 to 30 while flying private. Indeed, passengers on private flights have their own separate terminals and expedited security processes. This luxury treatment is quite a bit more expensive for solo travelers than first class, but bringing along family can make it a better deal. Crabbe said you’ll often see someone renting a light jet at $15,000 for three hours of travel from New York to Florida. If that customer can fill the plane by bringing five other people along, it goes down to $2,500 per person. “When you fill the aircraft, it really does make sense and it gets very, very close to first-class commercial,” he said of the pricing. “When you don’t fill it, the economics don’t work.”

Private aviation companies have had to reorient some of their operations to cater to this pandemic-focused demographic. In the past, when Magellan had more corporate clients, efficiency was more of a selling point; chief executives that didn’t have their own corporate jets could save time by flying more directly to their destinations than a commercial flight might allow. Now, the company is focusing more on cleanliness as the main draw, emphasizing its investments in PPE and sanitization procedures. “Pre-pandemic, the value proposition was from a productivity level and business perspective,” said Tivnan. “The narrative has really switched to a safety and health perspective.”

These companies have also had to do some handholding to make sure that customers know how to get to the separate private terminal and understand how their itineraries work. A common detail that gets lost in translation is the switch from miles to hours. “A lot of folks could tell you how many miles they flew on commercial, because that’s how it’s usually recorded,” said Tivnan. Because Magellan and most other private aviation companies rely on hours for their pay schemes, it can be difficult for first-time fliers to get a sense for how much they’ll need to use a plane.

“There’s been quite a bit of that traveling for the vaccine.”

Private jets have also found a niche in providing well-heeled clientele with access to coronavirus treatments and precautions. People have reportedly been taking private jets to travel outside their home state to another location where the vaccine is available to them. Florida and Arizona have been popular vaccine destinations for out-of-towners. Private-jet companies aren’t shy about this opportunity. “There’s a large portion of our ultra-high-net-worth clients that have special relationships with people that can allow them access to the vaccine,” said Crabbe. “There’s been quite a bit of that traveling for the vaccine.” The Los Angeles Times also reported that movie studios have been looking into leasing private jets to transport test samples to speed up turnaround times for their actors and crews. Studios have also been more willing to transport actors to film shoots in private jets, when in normal times they would often opt to fly even stars on commercial planes.

Private aviation companies are optimistic they’ll be able to retain many of these new customers even after the vaccine becomes widely available. Edwards thinks that people who began using Victor’s services for shorter trips of about one to three hours are more likely to stay. “I suspect those that have flown for the first-time privately long haul, especially for repatriation, were one-off flights,” he said. Crabbe is even more bullish about the lasting appeal of private aviation. “Typically when you go private, you stay private. It’s very difficult to go back,” he said. “I’m quite confident that 80 percent of new customers will continue to fly private.”

Readers like you make our work possible. Help us continue to provide the reporting, commentary, and criticism you won’t find anywhere else.

Fri Feb 26 , 2021
Since Discover reported fourth-quarter earnings on Jan. 20, its stock has fallen more than 5 percent in contrast to direct competitors like Capital One Financial and Chase, which have gained in that time. The trend eats away directly at Discover’s business model. Consumers who before would have borrowed on their […] 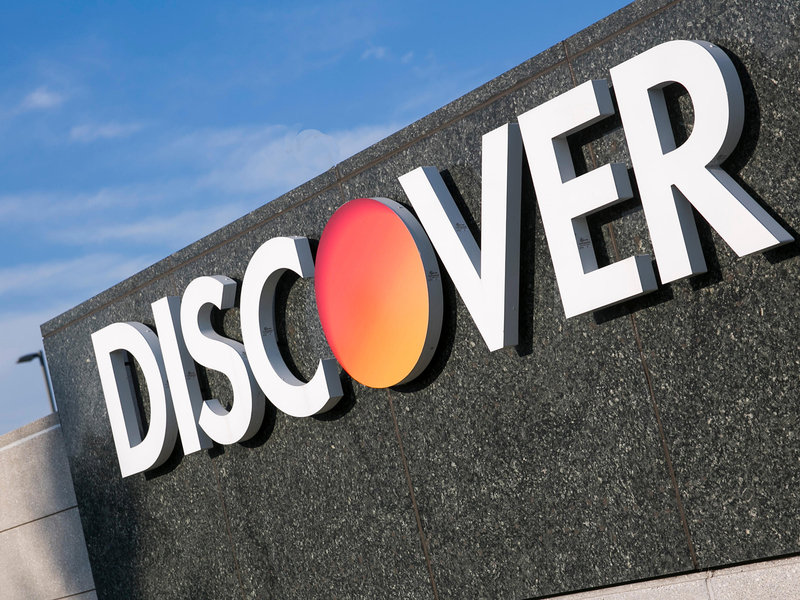