It was before a sold-out audience back in November 2019 when Lillian Avedian proclaimed her lifelong commitment to living out her Armenian feminist ideals. “I have found my voice,” she asserted during her reading of her award-winning essay at NAASR’s 65th anniversary gala in Cambridge, Massachusetts, “and that voice is […]

It was before a sold-out audience back in November 2019 when Lillian Avedian proclaimed her lifelong commitment to living out her Armenian feminist ideals. “I have found my voice,” she asserted during her reading of her award-winning essay at NAASR’s 65th anniversary gala in Cambridge, Massachusetts, “and that voice is indisputably that of a proud, powerful Armenian woman.”

Just a year later that same month, Avedian, who had newly joined the Armenian Weekly staff, would announce her forthcoming debut poetry collection—Journey to Tatev. The deeply personal and compelling publication of 56 original poems is Avedian’s heart and soul on paper, bravely laying bare her poetic reflections on some of the most convoluted relationships and challenging experiences that have dominated her young adult life.

Avedian grew up in a sheltered, homogeneous Armenian community in southern California, where she attended AGBU Manoogian-Demirdjian School from preschool through junior high. While those formative years were instrumental in helping her master the Armenian language and develop a lasting appreciation for Armenian literature, Avedian admits that she felt insecure and stifled by the strict and conventional boundaries imposed by the Armenian community. These experiences were entrenched sources of shame, and while damaging, they ultimately informed and inspired Avedian’s creative writing and Journey to Tatev.

“[Journey to Tatev] is imbued with all of my hopes for what life could be beyond the constraints and the limitations and the fears that I’ve felt very encumbered by in the past,” expressed the 22 year-old author during a recent interview with her Weekly colleague. “It’s me writing my vision.”

Avedian started this writing process while studying abroad in Santiago, Chile in the fall of 2019. Having just come out for the first time, she was feeling liberated and confident in her own skin and began drafting wondrous poems about love and queerness. When the pandemic hit and disrupted Avedian’s momentous senior year at UC Berkeley, she relied on writing about her coming out journey with the hope of reconciling with the shame and heartbreak wrought by her unresolved life experiences and internal struggles in an authentic and meaningful way.

This critical and psychologically torturous stanza in poem 39 speaks to Avedian’s personal distress before coming out. While it may have been easier for Avedian to find refuge in her writing and succumb to the fears of living in a largely homophobic society, she says she ultimately believed that this complicated world is worth the fight and worthy of knowing her true sense of self. “I decided that it is the brave choice to be honest and vulnerable…as honest as possible…excruciatingly honest…to the point that you’re opening yourself to pain because that’s how we get to the things that are worthwhile,” said Avedian of her book’s central theme. Journey to Tatev invites readers on a mental road trip, inspired by scenic and bumpy, hours-long bus rides throughout Armenia. The text is bursting with color, movement, sound, dramatic dialogues and a stunning use of imagery; the young poet addresses at least a dozen important themes including feminism, immigration, Armenian culture, gender norms, motherhood, language, sexuality, love, religion, acceptance, rejection and guilt. Avedian, a classical pianist, also employs her sophisticated knowledge of music and imagines what dancing would look like on a page, presenting creative and surprising ways of conveying her inner world with music notes and action verbs. Journey to Tatev is notably a bilingual publication; the daughter of Armenian immigrants from Iran displays her eloquence of the Armenian language with an original poem written in her mother tongue, inspired by the experimental writing of Armenian feminists like Zabel “Sibil” Asadour, Shushanik Kurghinian and Zabel Yessayan. She credits Dr. Myrna Douzjian, the subject of her captivating NAASR-sponsored essay, for her exposure to these fearless women.

As she celebrates the release of her cathartic and intimate collection, Avedian is equally excited about pursuing a career in journalism and is planning to attend graduate school in the fall.

Journey to Tatev is a publication of Girls on Key Press and is available for pre-order from its online bookstore. Abril Books in Glendale, California will also be carrying Journey to Tatev in-store and online upon its release in late April.

Leeza Arakelian is the assistant editor of the Armenian Weekly. She is a formally trained broadcast news writer and a graduate of UCLA and Emerson College. Leeza has written and produced for local and network television news including Boston 25 and Al Jazeera America.

CDC: Do not travel to Canada, even if you are vaccinated

Thu Apr 8 , 2021
Tony Webster via Flickr Travel to Canada from the United States is being discouraged by the Centers for Disease Control & Prevention, saying that even those who are fully vaccinated could be infected and spread COVID-19 variants.  The CDC rates COVID-19 travel advisories from Level 1 (low) to Level 4 […] 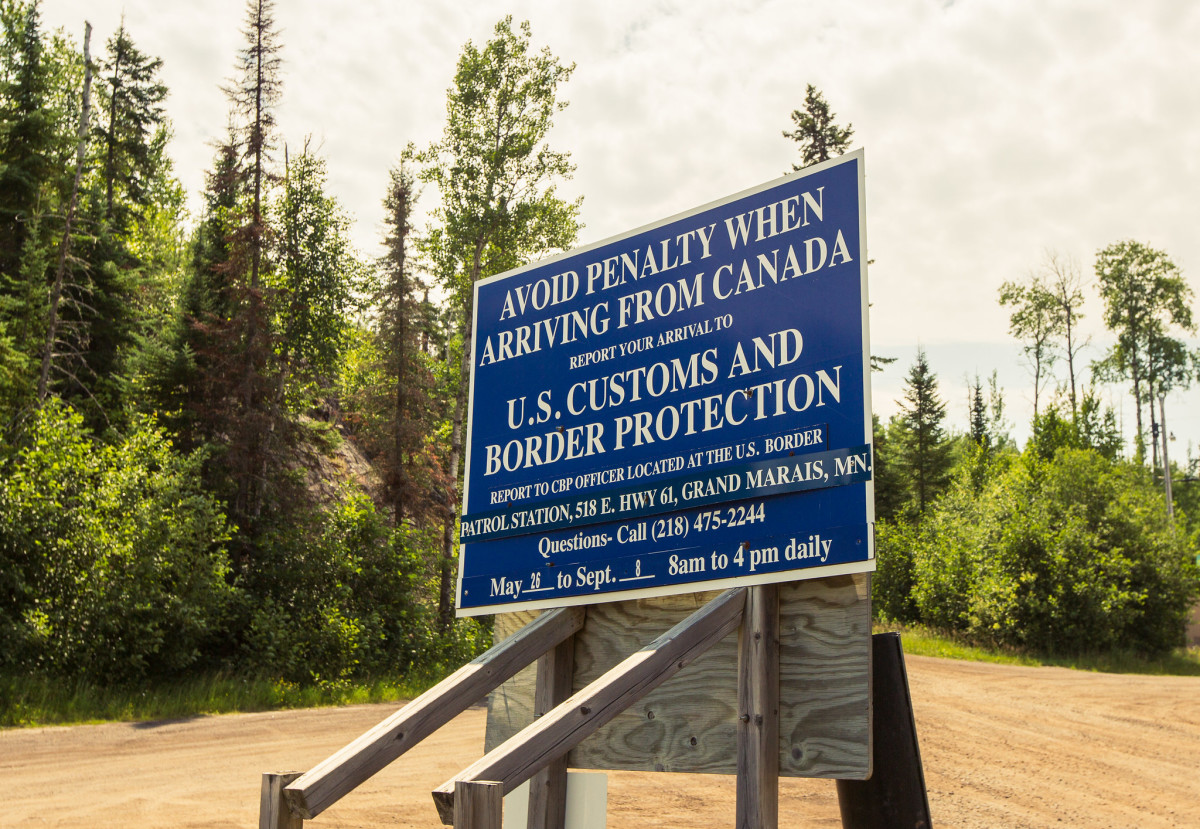