This site may earn affiliate commissions from the links on this page. Terms of use. We’ve all been laser-focused on Mars as a site for future human outposts, but let’s not forget about the Moon. It’s only marginally less habitable than Mars right now, and it’s a lot closer. Thanks […]

This site may earn affiliate commissions from the links on this page. Terms of use.

We’ve all been laser-focused on Mars as a site for future human outposts, but let’s not forget about the Moon. It’s only marginally less habitable than Mars right now, and it’s a lot closer. Thanks to radiation and temperature variation, however, the safest place for a long-term human presence on the Moon might be underground. We don’t know much about the Moon’s subsurface environment, but the same was true of the Moon’s surface in the past. To explore these unseen depths, the European Space Agency is evaluating a spherical robot bristling with spinning cameras.

The robot is known as DAEDALUS (Descent And Exploration in Deep Autonomy of Lunar Underground Structures), and it was designed by a team from Germany’s Julius-Maximilians-Universität of Würzburg (JMU). DAEDALUS is currently a design study under consideration by the ESA, but the team has built some basic proof-of-concept hardware (see above).

We don’t know what the environment will be like in lunar caves and lava tubes, so DAEDALUS has a generalist design for better adaptability. As envisioned by the JMU team, DAEDALUS will be a 46-centimeter transparent sphere with a cable tether at one end. Operators would lower it into a cave, using the tether to transmit data until the robot is released.

The spherical design allows DAEDALUS to map its environment in full 360-degrees with cameras and lidar. As it’s being lowered into a cave, the internal mechanism will spin laterally to photograph its surroundings. The cable will detach to allow the robot to roam, but it will double as a wireless antenna to ensure the robot remains connected as it explores.

Once it’s on the cave floor, the robot needs to flip over, which it does by moving the battery packs to shift its center of mass around the interior. Now on its “side,” DAEDALUS can roll around and explore the cave thanks to an internal motor that spins the outer plastic shell. While rolling, the camera system scans in 360-degrees, and the lidar scans ahead and behind. However, there’s also a lidar scanning mode that flips things around. DAEDALUS extends legs that lock the outer surface in place, allowing the inner instrument cluster to spin. In doing so, it gives the lidar sensors a look at the full 360-degree space.

DAEDALUS sounds like a very clever robot, but there’s no information on when it might take shape as a real ESA project (if at all). First, humanity has to return to the Moon. A few uncrewed rovers have set down recently, but NASA might begin landing astronauts once again as part of the Artemis Program as soon as 2024.

Fri Mar 26 , 2021
MIT astronomers have discovered new and unusual galactic neighborhoods that previous studies overlooked. Their results, published today, suggest that roughly 1 percent of galaxy clusters look atypical and can be easily misidentified as a single bright galaxy. As researchers launch new cluster-hunting telescopes, they must heed these findings or risk […] 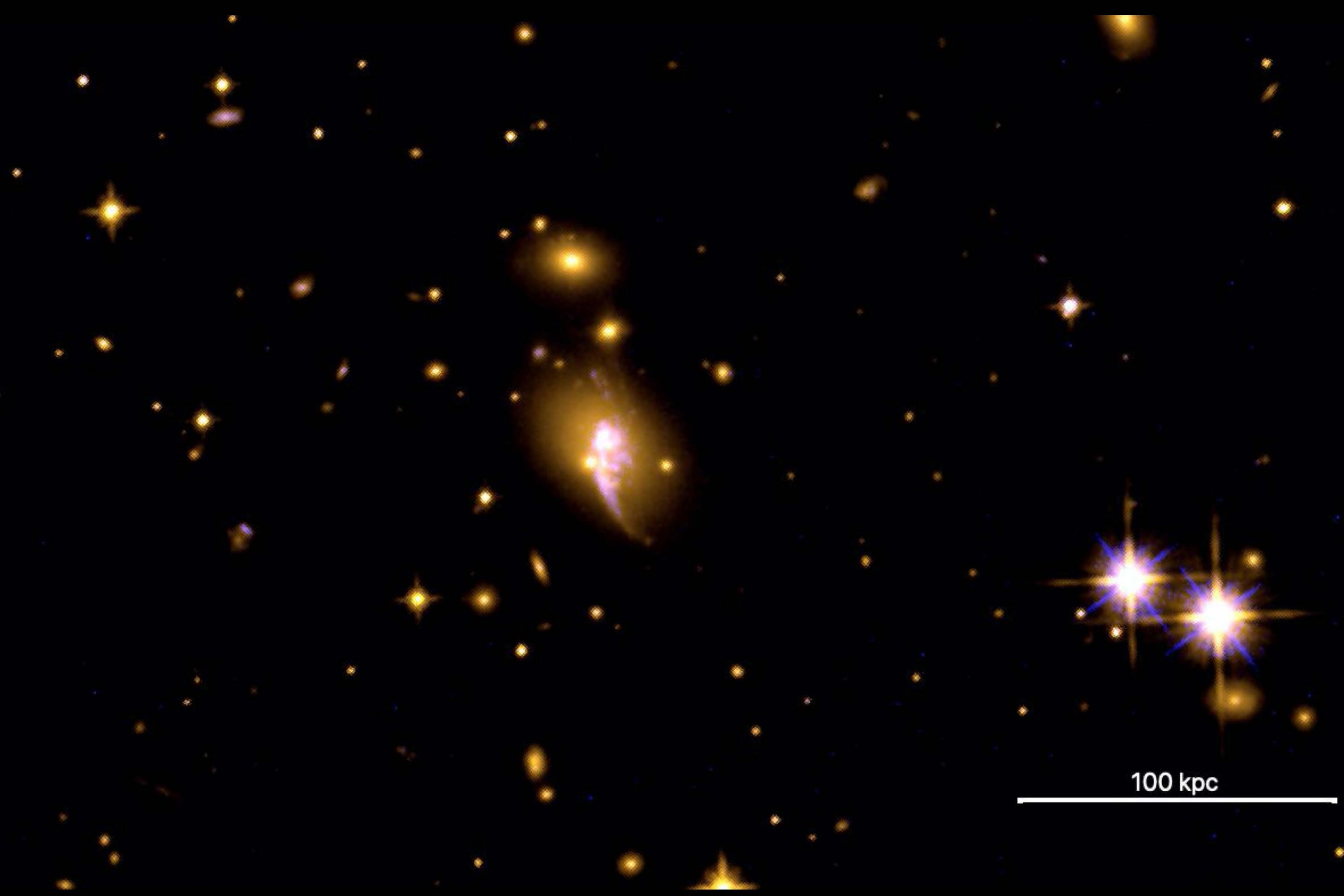