As COVID-19 cases surge and more contagious strains of the coronavirus proliferate, ministers were set to weigh the possibility of banning all non-urgent travel from Israel, according to Hebrew-language media reports on Monday. Another proposal said to be up for discussion was shutting down Ben Gurion Airport completely, but it […]

As COVID-19 cases surge and more contagious strains of the coronavirus proliferate, ministers were set to weigh the possibility of banning all non-urgent travel from Israel, according to Hebrew-language media reports on Monday.

Another proposal said to be up for discussion was shutting down Ben Gurion Airport completely, but it was believed there could be legal obstacles to that plan. Israel’s single gateway to the world is seen by health officials as a major contributor to illness rates.

Health Minister Yuli Edelstein told Army Radio on Monday that ministers would meet the next day to decide whether to advance a proposal that would ban exiting Israel except for diplomatic or humanitarian reasons. There were no further details given on the possible criteria.

According to Channel 12 news, ministers, health officials and representatives of the National Security Council have decided to promote a number of proposals aimed at reducing the number of infections coming in from abroad.

In addition to the travel ban idea, which may involve paying compensation to those who have already purchased tickets, the obligation to quarantine in a state-run hotel could be extended to travelers returning from more countries with high rates of infection or new strains of the virus, as well as increased enforcement and oversight of those permitted to isolate at home.

Furthermore, entry into Israel would be conditional on providing a negative coronavirus test.

The Justice Ministry said Monday that contrary to reports and statements, there was no legal issue with requiring Israelis returning from abroad to undergo a virus test.

“Following a number of false publications, we make it clear there is no truth in the claim that the legal advice to the government ever prevented, in any way, the conditional entry into the country from abroad on presenting a negative coronavirus test,” the statement read. “The issue only first came up last week, and we emphasize that there is an appropriate legal way to settle the matter.”

Edelstein on Monday had claimed that previous legal issues with the proposal had only been cleared due to the emergence of new, highly infectious strains of the virus that have been brought into the country by travelers. 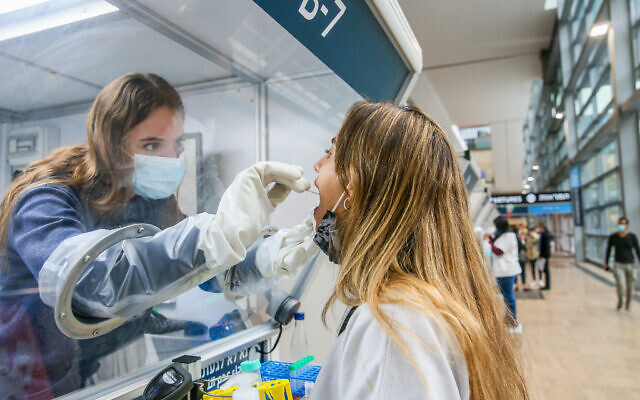 A technician collects nasal swab samples for COVID-19 at the coronavirus lab, at Ben-Gurion International Airport, near Tel Aviv on December 14, 2020 (Yossi Aloni/Flash90)

Ministers were to meet on Tuesday to also discuss extending an ongoing national lockdown, ordered to curb the virus infections, and which is scheduled to end on Thursday. Ministers are reportedly divided on whether to extend the lockdown which has shuttered nonessential businesses and the education system, but health officials have said it would need to be extended for at least a week to bring infection rates under control.

Health Ministry officials had hoped to see a drop in daily infections and serious cases, but there is no such trend at this time. The more contagious virus variants — particularly the British strain — are being blamed for the difficulty in bringing down illness rates and easing the heavy load on hospitals, despite the lockdown and mass vaccinations.

Meanwhile the Kan public broadcaster reported that a trial was to take place this week for a “green passport” phone app that would exempt those who are fully vaccinated from going into quarantine, even after returning from abroad. The outlet said it was unclear when the exemption could be widely rolled out, but noted that there were still very few countries that would allow Israelis to enter without quarantine.


You’re serious. We appreciate that!


We’re really pleased that you’ve read X Times of Israel articles in the past month.

That’s why we come to work every day – to provide discerning readers like you with must-read coverage of Israel and the Jewish world.

So now we have a request. Unlike other news outlets, we haven’t put up a paywall. But as the journalism we do is costly, we invite readers for whom The Times of Israel has become important to help support our work by joining The Times of Israel Community.

For as little as $6 a month you can help support our quality journalism while enjoying The Times of Israel AD-FREE, as well as accessing exclusive content available only to Times of Israel Community members.

Already a member? Sign in to stop seeing this

Mon Jan 18 , 2021
Southwest Airlines is giving its 2020 Companion Pass holders another six-month extension, meaning they can fly free with a buddy through the end of this year. It’s an example of the moves airlines are making to hold onto frequent flyers during the ongoing pandemic. Southwest previously extended the offer from […] 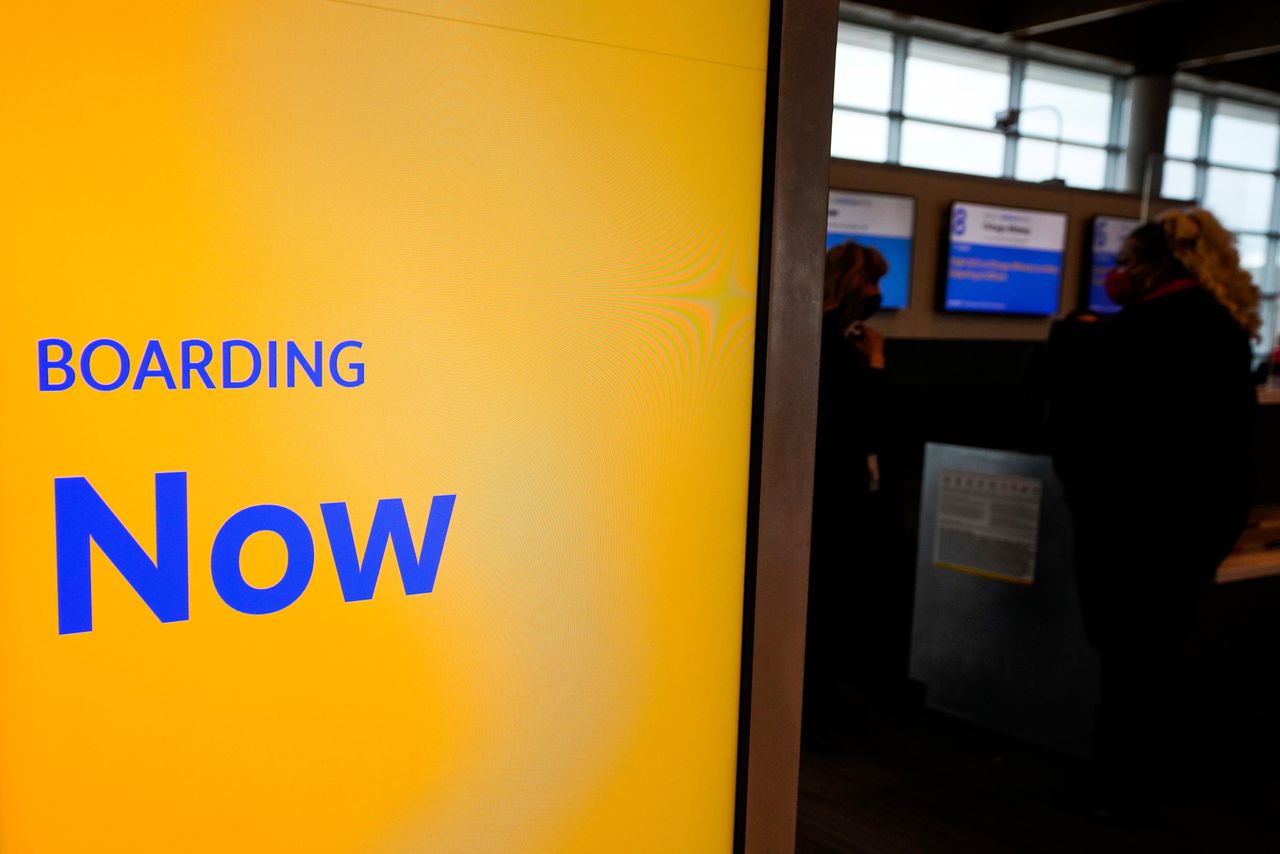