Druid City Hospital (DCH) is Tuscaloosa’s largest hospital. Its central location, DCH Regional Medical Center, has 580 beds and is located on University Boulevard less than five minutes from campus, making it the leader in healthcare for students, faculty and staff. Its other location is Northport Medical Center, a smaller complex situated on Hospital Drive.

Hospitalists are physicians who provide healthcare services to hospitalized patients, often those who don’t have a regular physician or whose physician doesn’t practice in a hospital setting. DCH Health System largely contracts with external physician groups to provide services.

Since its inception in February 2009, Pinnacle has provided hospitalist services to Noland Hospital Tuscaloosa, a long-term acute care hospital inside DCH Regional Medical Center. Since then, Pinnacle has expanded to include 12 physicians and 12 nurse practitioners, according to Dr. Charles Abney, the group’s founder and general counsel.

Pinnacle’s history with the DCH Health System reaches further back than 2009. Some of its current physicians were contracted independently as early as 2005.

In 2015, Pinnacle was awarded an exclusive contract with DCH Northport to provide hospitalist services. The contract was renewed in 2018 for three more years, after administration concluded that Pinnacle was satisfactory in its performance.

But after a more than 10-year partnership, DCH administration recently decided to let Pinnacle’s contract expire at the end of September. Abney and Pinnacle CEO Dr. Justin Bevel said that an administrator told them in a Jan. 20 meeting that the decision was due to a lack of performance.

“Northport DCH is doing well,” Abney said. “It is meeting all of its metrics, which is why this decision doesn’t add up.”

The decision also confused Bevel, who said that the administrator had cited length of stay as the reasoning for the non-renewal.

The average length of stay (LOS) index is the ratio of a patient’s actual stay to the expected stay in a hospital, and it is used as a determinant for reimbursement rates by Medicare and other insurance companies. The metric is based on data collected by the Center for Medicaid and Medicare Services to assess the efficiency and adequacy of healthcare services provided.

Ultimately, the average LOS index is an incentive: The shorter the patient’s stay, the higher the positive impact on the hospital’s financial interest.

“That explanation made no sense given they wrote a check to us for outperforming our length-of-stay expectations under the existing contract,” Bevel said, referring to a bonus check made to the group shortly before the Jan. 20 meeting.

According to Abney, Pinnacle was also in the process of launching an overnight service with three new physicians — a decision that was made to ensure better care of hospitalized patients — when DCH administrators told them of their intent not to renew the contract.

The University Hospitalist Group (UHG) was established by University Medical Center in partnership with DCH Regional Medical Center. The group was created in 2003 and consists of 18 physicians and three nurse practitioners.

UHG was also notified of DCH’s decision not to renew their contract on Jan. 20.

In a statement given to The CW, Dr. Richard Friend, dean of the UA College of Community Health Sciences, said quality health care for students, faculty, staff and community has been a top priority throughout CCHS’s 50-year working relationship with DCH. The college is a key part of the University Hospitalist Group.

“We have performed exceptionally well in helping DCH lower their 30-day readmit rate, improving length of stay and increasing patient satisfaction,” Friend said. “We share a common vision in providing excellent patient care while being mindful of the ever-changing health care landscape.”

The CW contacted other UHG physicians with questions about the non-renewal, but they declined to respond.

An internal performance report obtained by The CW indicates that 59% of DCH Regional’s hospital units are all underperforming based on the LOS index metric. By contrast, 100% of Northport’s hospital units are over-performing. This data contradicts the DCH administration’s explanation for non-renewal that was allegedly given to Pinnacle physicians.

But while the hospital’s “ultimate goal is to achieve the highest levels of care,” the average LOS metric is just one of several factors DCH considers when determining how well providers are performing, said Andy North, a DCH spokesperson. He said the reason DCH chose not to renew both contracts was because they wanted to establish a “continuity of care,” meaning that the hospital aimed to consolidate services from groups that held contracts at separate locations (Pinnacle at Northport Medical Center and UHG at DCH Regional).

“It is not uncommon for a patient to start at one campus and later need to be transferred to another,” he said. “Having one company manage the program at both campuses will help ensure continuity of care as the same providers, using the same care models, will be providing care at both locations.”

North said that both UHG and Pinnacle could submit a request for proposal development. If submitted, they would be considered for the sole hospitalist management service, a process that is expected to conclude by November with the help of Pershing Yoakley and Associates, a national healthcare management consulting firm.

But Abney said that DCH’s reasoning to consolidate services didn’t add up, partly because Pinnacle already provides services at both locations, although their contract is only with Northport Medical Center.

“The one-size-fits-all approach does not always work,” he said. Additionally, according to a Facebook post made by Pinnacle, 10 of the 12 physicians live in Tuscaloosa, and four of the physicians own private outpatient practices that serve the community.

This proximity of Pinnacle to the system is notable, as DCH administration has chosen to contract with physician groups outside of the area before. DCH Regional currently has a contract with Relias Healthcare out of Tupelo, Mississippi, to run the emergency department. In the past, DCH has also outsourced with TeamHealth out of Knoxville, Tennessee, to run its emergency department.

While North wouldn’t share specifics of the agreement, he explained that DCH also has a contract with Sound Physicians, based out of Tacoma, Washington, which now manages the intensive care program at the DCH Regional location. Sound was chosen over Tuscaloosa Lung, Critical Care & Sleep, P.C. who had provided these services to DCH for more than four decades.

According to the Facebook post by Pinnacle, one of the physicians with Sound was recently banned from DCH Regional. Flyers with a picture of the physician and a warning to employees to notify security if he was spotted were posted throughout the hospital. North would not confirm details, but he did say that the physician no longer provided services there. And Anni Lange, VP of marketing and communications for Sound Physicians, did not give specifics of the incident but did confirm that the individual is no longer employed with the company.

And recently, DCH Health System has come under additional scrutiny from another one of Pinnacle’s physicians. Earlier this month, Dr. Elizabeth Marshall-Smith spoke out about the lack of racial diversity in the executive leadership at DCH, charging that the decision to replace local and diverse intensivist groups with an out-of-state company was a roadblock to racial progress.

A nurse at DCH Health System agreed to speak with The CW under the guarantee of anonymity.

“I work with Pinnacle almost every day, and they are the best group of hospitalists that we have,” she said.

She explained that Pinnacle physicians are accessible and responsive.

“Pinnacle has bent over backwards to accommodate DCH. It doesn’t matter what they do, it just never seems enough for the administration,” she said. “There’s really no loyalty here.”

Wed Feb 24 , 2021
SAVANNAH, Ga. (WSAV) – The life and legacy of renowned Savannah civil rights leader W.W. Law is on display at the Massie Heritage Center downtown. The exhibit centers around Law’s push to create his acclaimed Savannah Negro Heritage Trail, consisting of 32 historic sites. What made his walking tour unique […] 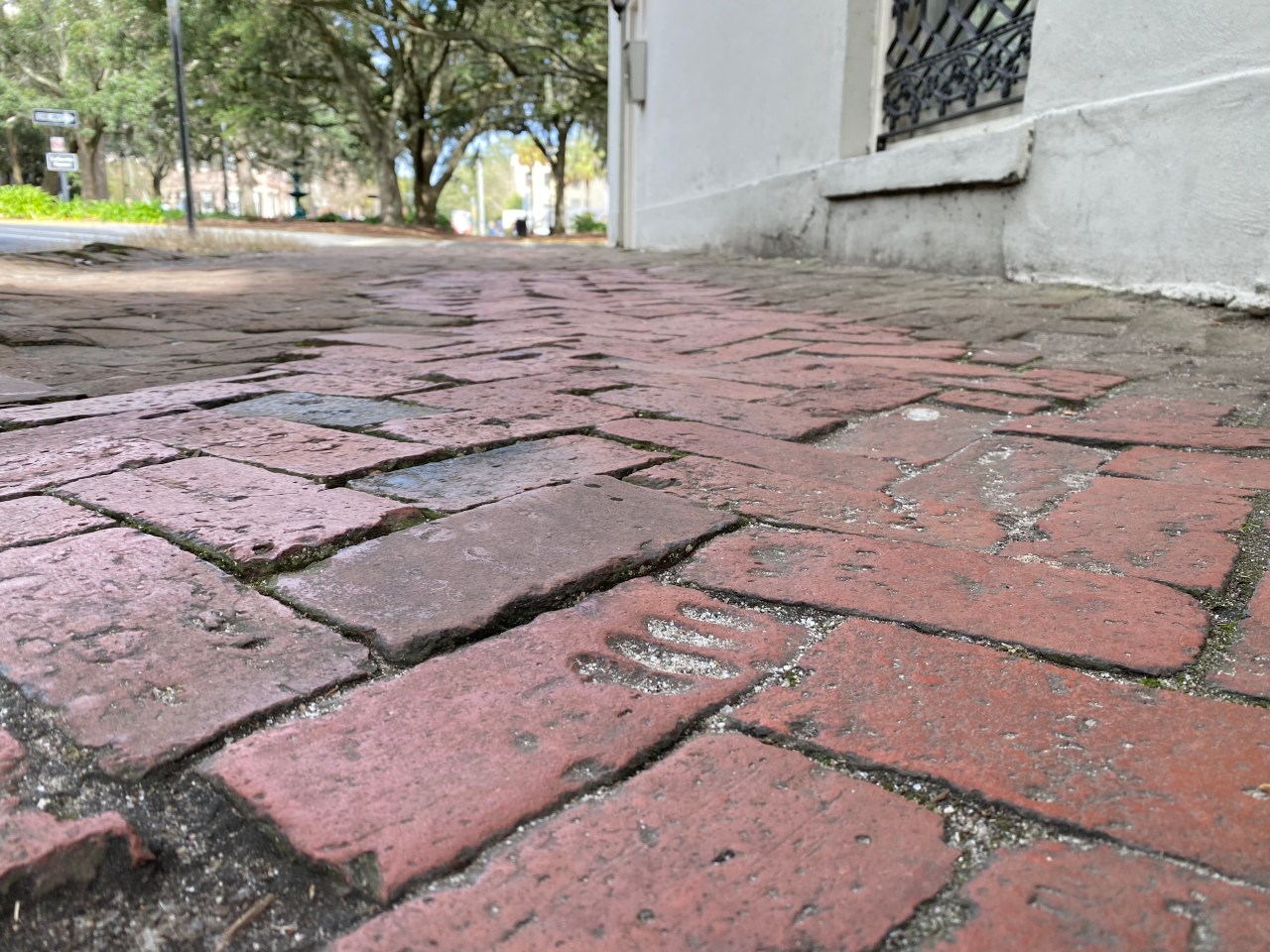