EMPORIA, Kan. (KSNT) – Blind auditions are wrapping up for contestants “The Voice.” Savanna Chestnut is a singer-songwriter from Lyon County, and she is making a name for herself on the popular show. “People ask me, ‘Was there someone musical in your family that got you into it?’ Not really,” […]

EMPORIA, Kan. (KSNT) – Blind auditions are wrapping up for contestants “The Voice.”

Savanna Chestnut is a singer-songwriter from Lyon County, and she is making a name for herself on the popular show.

“People ask me, ‘Was there someone musical in your family that got you into it?’ Not really,” she said. “I just always loved music.”

Chestnut has been singing and writing since she could remember, writing her first song when she was 13. Then at 14, she started performing at different places around town, like the Emporia Farmer’s Market.

“I kept writing, I kept working at it,” she said.

But once she was out of high school, she headed to Nashville.

“That was the dream! And plus, I wanted to get out,” Chestnut said. “It was a small town, and I had that whole ‘small town fever’ where I just needed to leave and go do bigger things somewhere else.”

Her fever eventually broke. While she was in Nashville, she learned how to be a better singer and writer. She ultimately made her way back to the small town, making albums and starting her own band, Savanna Chestnut and The Fieldhands.

The next big question: What was the audition like? Chestnut has been holding onto quite the secret. Her blind audition aired on March 15. She shocked almost everyone as she sang a 1984 pop song, “Hold Me Now” by the Thompson Twins.

Americus singer is on Team Blake after auditioning on The Voice

“All the dancy, 80s electronics stuff from it, it’s a really beautiful ballad of a love song,” she said. “It’s just the lyrics are great. So, it’s a song that’s really easy to take and slow down and turn it into a country song.”

She sang her version beautifully, however, no judge had turned around yet. While she was singing, she wasn’t so sure she would make it far. Then, Blake Shelton turned around to pick her to be on his team right before her audition was over.

“Since it was getting towards the end of the song and I was really starting to think nobody was going to turn, my first feeling when he turned around was a relief,” she said.

Savanna has worked hard to make her dreams come true, even when times got tough.

“Sometimes you have a lot of moments where you feel like you’re wasting your time,” she said. “And maybe you should’ve done something else, and gone to college. And I didn’t do that. I never did have a Plan B, and I still don’t.”

Showing no matter what you do, keep going, because you never know what stage you might end up on and what can come along with those dreams.

Clint tweeted congratulations to Chestnut, while also adding, “glad the dummy turned around for you!”

There are ways you can show Savanna Chestnut support outside of the TV show. She’s already got three albums under her belt. Click here to find out how to listen.

Spring break travel discouraged. If you do go, here’s some ways to reduce the risk

Wed Mar 24 , 2021
Dr. Heather Markwell, a family medicine doctor at Premier Health, said she does not recommend travel now, but with vaccines becoming more readily available, it will likely get safer. “Numbers are going down, but it’s still pretty prominent,” Markwell said. “So, while it’s not perfectly safe, we are definitely getting […] 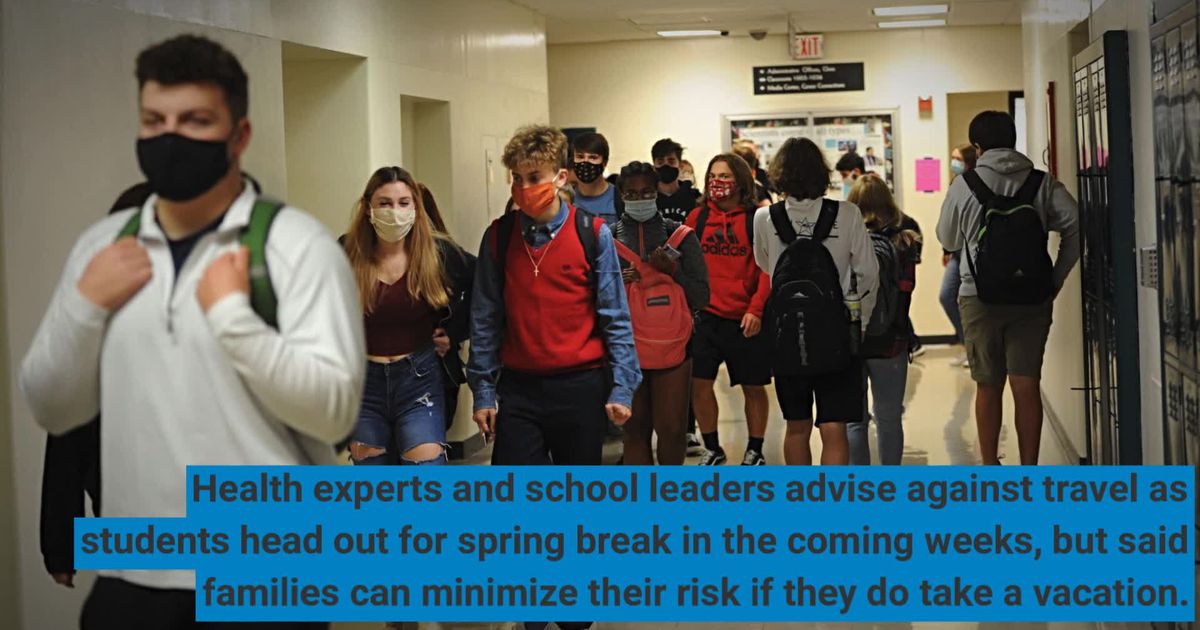