Leer en español Indianapolis will remain under a travel advisory through Wednesday morning after a snow storm brought more than half a foot of snow to Central Indiana Monday and into Tuesday morning.  City officials said roads were “technically passable” Tuesday morning but encouraged residents not to take non-essential trips.  “For your […]

Indianapolis will remain under a travel advisory through Wednesday morning after a snow storm brought more than half a foot of snow to Central Indiana Monday and into Tuesday morning.

“For your safety, and the safety of others who must be on roadways, please consider staying at home — teleworking if possible — while plow crews continue to clear roadways,” Indianapolis police Emergency Management Bureau Commander Tom Sellas said.

How much snow did Indianapolis get?

“It is the biggest snowfall we’ve seen of the season and the most we’ve seen in the last couple years,” NWS meteorologist Aaron Updike said. “It’s just a winter storm that definitely has an impact on Central Indiana.”

Updike said a snow band in the Central Indiana region added another half-inch of snow early Tuesday, and snow is expected to accumulate until around 8 a.m. Light snow showers and flurries will then move into the region before precipitation stops around noon.

The NWS in a hazardous weather outlook statement posted Tuesday morning noted winds have died down from the 25 mph gusts Monday to around 5 mph. But the service said blowing and drifting of snow “will still create travel issues through the morning commute.”

No significant power outages were reported in Central Indiana Tuesday morning, according to Indianapolis Power & Light and Duke Energy, which service the area.

Marion County’s advisory will continue at least through 6 a.m. Wednesday, and the state’s Department of Homeland Security said routine travel may be restricted due to hazardous conditions.

Major roads and highways in the Indianapolis area were listed in “fair” condition Tuesday morning, according to the Indiana Department of Transportation. The department reported packed and drifting snow on I-465 and its offshoot highways.

The city’s snow crews have been active since Sunday treating thoroughfares and secondary streets on standard routes, and the additional vendor support will target more than 300 miles of smaller streets further into residential areas, according to the department.

The latest road conditions: How to check

Snow crews at the Indianapolis International Airport have been working to clear runways and roads around the airport since Monday morning, according to an airport spokesperson.

At least five flights out of Indianapolis were delayed and six were cancelled Tuesday morning. Three of those canceled departures were scheduled to fly to Texas, which has experienced delays and temporary closures in certain parts of the state.

Indianapolis’ airport remained open Tuesday, and airport officials encouraged travelers to check with their airlines about potential disruptions prior to arriving at the airport.

Updike, the meteorologist, said the snow accumulation from the week is not expected to go away any time soon. Temperatures will be in the teens Tuesday with below-zero wind chills and are expected to remain below freezing throughout the rest of the week.

Another system of snow is expected to move into the region Wednesday afternoon through Thursday, which will add anywhere from 1 to 3 inches of snow to the current accumulation, Updike said.

“It takes a lot of energy (to melt the snow),” he added. “It’s gonna be a while until we see seasonal or above seasonal temperatures.”

A Journey of Authenticity: New England, We Can be Friends Now - We-Ha

Tue Feb 16 , 2021
Experiential stories that revolve around the importance of being authentic to not only yourself but to those around you. After years of never finding the time to ‘stop and smell the roses,’ Jeannette is unearthing many of her passions including writing, fashion, and thrifting through her online blog ‘The Vineyard Life’ […] 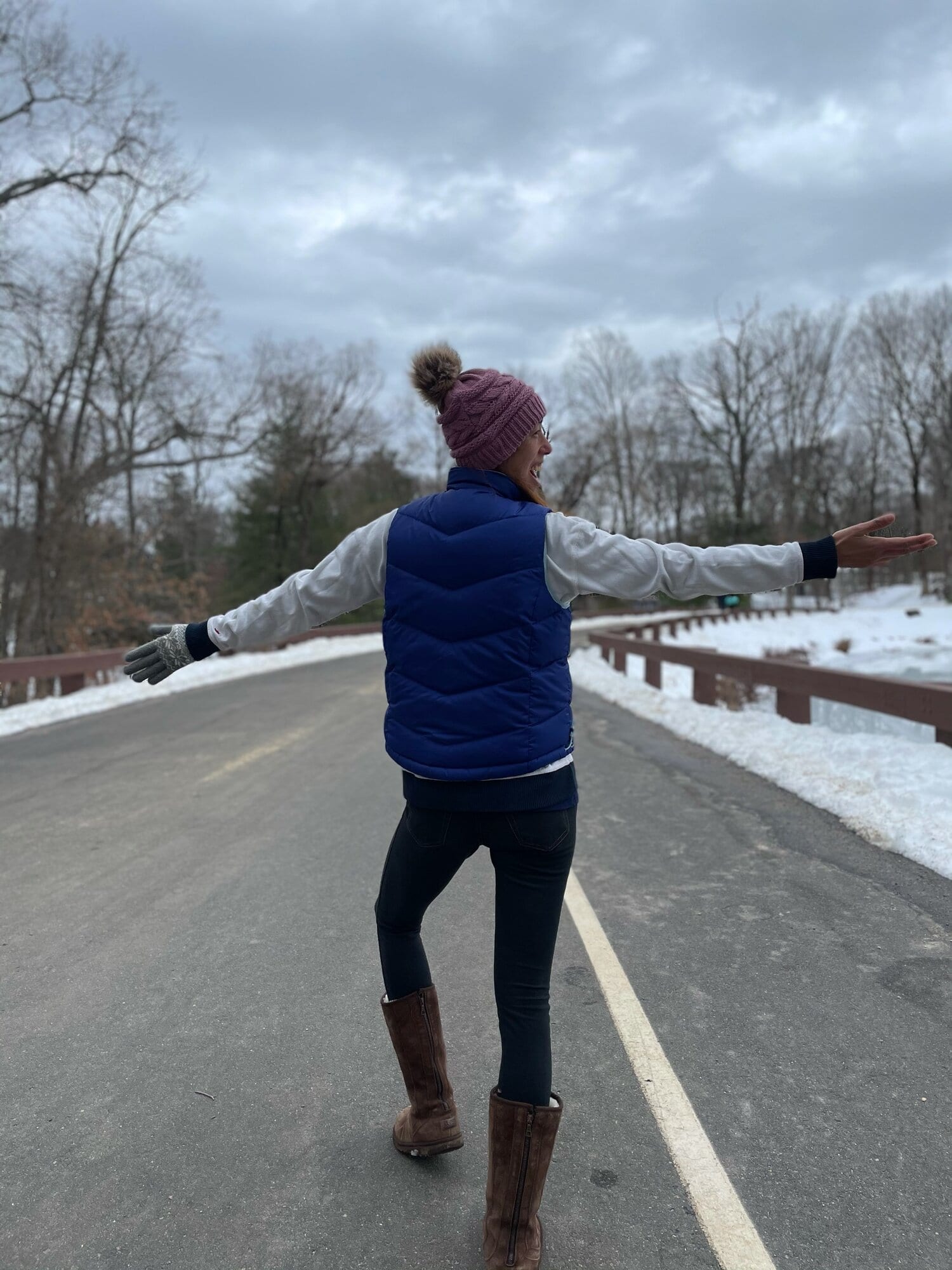