Boulevard Saint-Germain, normally marked by sounds of screeching motorcycle wheels carving through bumper-to-bumper traffic, is quiet, its slate-roofed limestone apartment buildings absorbing the cloudy winter skies and raindrops. Gusts of wind shake trees of their last leaves. The ground is wet. Everything is . . . gray. But on the corner of […]

Boulevard Saint-Germain, normally marked by sounds of screeching motorcycle wheels carving through bumper-to-bumper traffic, is quiet, its slate-roofed limestone apartment buildings absorbing the cloudy winter skies and raindrops. Gusts of wind shake trees of their last leaves. The ground is wet. Everything is . . . gray.

But on the corner of the boulevard and Rue de Saint-Simon, a few steps away from the Musée D’Orsay, concrete sidewalks give way to Sahara sands. Clouds dissolve into Côte d’Azur sun, warming bikini-clad women lounging in beach chairs. The route of the Simplon-Orient-Express snakes under an image of Constantinople (modern-day Istanbul), the Hagia Sophia bathing in pastel oranges and deep reds. Gazing into the windows of Elbé, the Paris shop selling affiches de voyages — antique travel posters — makes these past few months recede like a bad dream. At least for a moment.

In the “before times,” I walked down this stretch of Boulevard Saint-Germain — just off Rue du Bac, a popular street for strolling and shopping — on countless occasions. Though Elbé often caught my eye, with its storefront wrapped around the corner and a rotating array of antique travel posters radiating under gallery lighting, something always seemed more pressing than investigating the shop. My need to run errands, catch the next metro, drink rosé on a sidewalk terrasse always pushed me along, with speeding Peugeots and the smell of exhaust fumes enhancing the sense of urgency. It would always be here, and there would be a moment to stop in eventually, I thought.

Then March came, and the City of Lights was shuttered completely. Haussmann’s boulevards, where vehicles once cut through Paris with speed and ferocity, were suddenly desolate. Borders closed, and movement within the city was restricted to a one-kilometer radius from home (enforced through the permission-slip tactic). It felt like the apocalypse had arrived.

One afternoon on a stroll near home, down Boulevard Saint-Germain — where the sound of honking horns had been taken over by chirping birds — I finally took the opportunity to gaze into Elbé’s windows. It felt like time suddenly stopped. Almost immediately, my sense of confinement faded as I viewed the dozen-or-so posters on display, showcasing flappers with scarves flung over their shoulders on Nice’s Promenade des Anglais, canoes cruising down the Gouët River in Brittany, and vibrant red flamenco dresses swaying in the winds of Spain. Transatlantic cruise ships and Air France jets seemed just within reach. For just a moment, travel didn’t seem so impossible anymore.

These windows became a sort of lifeline during spring’s confinement. I’d stop by often, each visit an adventure, a chance to escape lockdown and travel through imagination. Finally, after a long two months of lockdown, the shop reopened its doors. The posters in the windows — normally changed every 15 days — were rotated out at confinement’s end. And I stepped inside.

Elbé has resided at the same corner since its founding in 1976. The name is not a reference to Europe’s Elbe River, but a play on the initials of the shop’s founder, Louis Bonvallet (L.B.). The current owner, Grégoire Déon, officially took over Elbé seven years ago after working in the shop with Bonvallet since 2008. He collects the posters — often found forgotten in attics and sheds — and works with a team of artists to fix them up, carefully washing the paper and brightening faded crimsons and teals, essentially bringing the works back to life. The French alps of Chamonix, recently covered in dust, now bathe in bright orange sunsets. Rosy-cheeked Vikings present a newly sparkling Oslo on a platter for the SAS Scandinavian Airlines System. And Matisse’s bright violets and teals pop again on an advertisement for Nice.

Grégoire loves to talk about the posters, gesturing widely to emphasize the storytelling, his eyebrows jumping almost high enough to touch his hairline. He told me that throughout the late 19th century and into the 20th, which were the early years of modern tourism, travel companies recruited artists to design visual advertisements alluring enough to convince viewers to embark on a lengthy journey to a distant destination. Many posters were commissioned by rail and airline companies, made to last for a couple of seasons (autumn/winter or spring/summer) and placed strategically in transport hubs.

“What is marketing? It’s to touch people in their stories. It’s to seduce them with an image,” Grégoire said. “To travel from Marseille to Saigon would take one month. You took a boat, you met people, and it took time. There were storms. There was the spirit of adventure.”

Decades later, the images clearly haven’t lost their touch. I often was not the only person lingering around the shop, under the sun or amid the glowing lights at night.

Advertisers capitalized on “the genius of painting and the artists’ visual talents,” Grégoire said. Master artists taught apprentices “how to draw, make the composition and pose the colors.” The shop holds work signed by Henri Matisse — largely from the 1950s cutout period toward the end of his life — and more niche artists such as A.M. Cassandre, renowned for poster design and later credited for the iconic intertwined logo of Yves Saint Laurent. The age of the illustrated poster ranges from the late 19th century to around the 1970s, when photographic advertisements took over, supported by improved printing techniques.

Though the posters are now displayed and sold as artworks, this wasn’t always the case; it wasn’t until the 1980s that affiches de voyages began to be considered collectibles. However, not all of the original posters are still in circulation. Previously, when the posters were being used as advertisements, many of the works disappeared as the seasons changed and new advertisements would replace old.

“For a long time, this art was neglected or destroyed,” Grégoire said. “However, the French have a culture of conserving things, which I think comes from our grandparents and great-grandparents. They lost a lot throughout the world wars, and thought the posters could be something to save.”

“One of the reasons that I often find these in amazing condition,” he added, “is because people call me, explaining that they emptied their family homes and found these in the shed or in a box of drawings. That’s how I found this one today.” He pointed to a poster laid out on the wooden table in the center of the shop.

The work has the word “Libération” written in cursive across its top. The writing towers over the image of a woman draped in a French flag — Marianne, the symbolic representation of France — holding her arms open to the sky. (Grégoire collects non-travel posters as well.) It was commissioned by the French government in 1944, to mark the country’s liberation from occupation under Germany.

After selecting and authenticating the posters, Grégoire follows three fundamental criteria to assess the commercial value. First, the condition — it shouldn’t be ripped, and the colors should be relatively fresh. Second, the artist’s signature, which is often the primary attraction for buyers. And finally, the theme, largely because Elbé’s clients often come looking for a specific place. While the posters were originally designed to drive people to a place, most customers come seeking something else: memories, from roughly $85 to $11,500 a pop.

As we face the heart of winter, the posters on display are framed by frosted windows. Although the prospect of traveling seems closer than last spring — albeit with the possible complications of vaccine passports or other measures — the whimsical effect of these artworks hasn’t worn off. Getting lost in colors and faraway places feels like a vacation in its own right.

But now, as I drink in the vibrant images of distant destinations, I don’t focus on the travel I am missing. I think about the power of art and imagination, the Seine in cobalt and streets tinted rose. And, of course, one of the reasons we travel in the first place: liberation.

Potential travelers should take local and national public health directives regarding the pandemic into consideration before planning any trips. Travel health notice information can be found on the Centers for Disease Control and Prevention’s interactive map showing travel recommendations by destination and the CDC’s travel health notice web page. 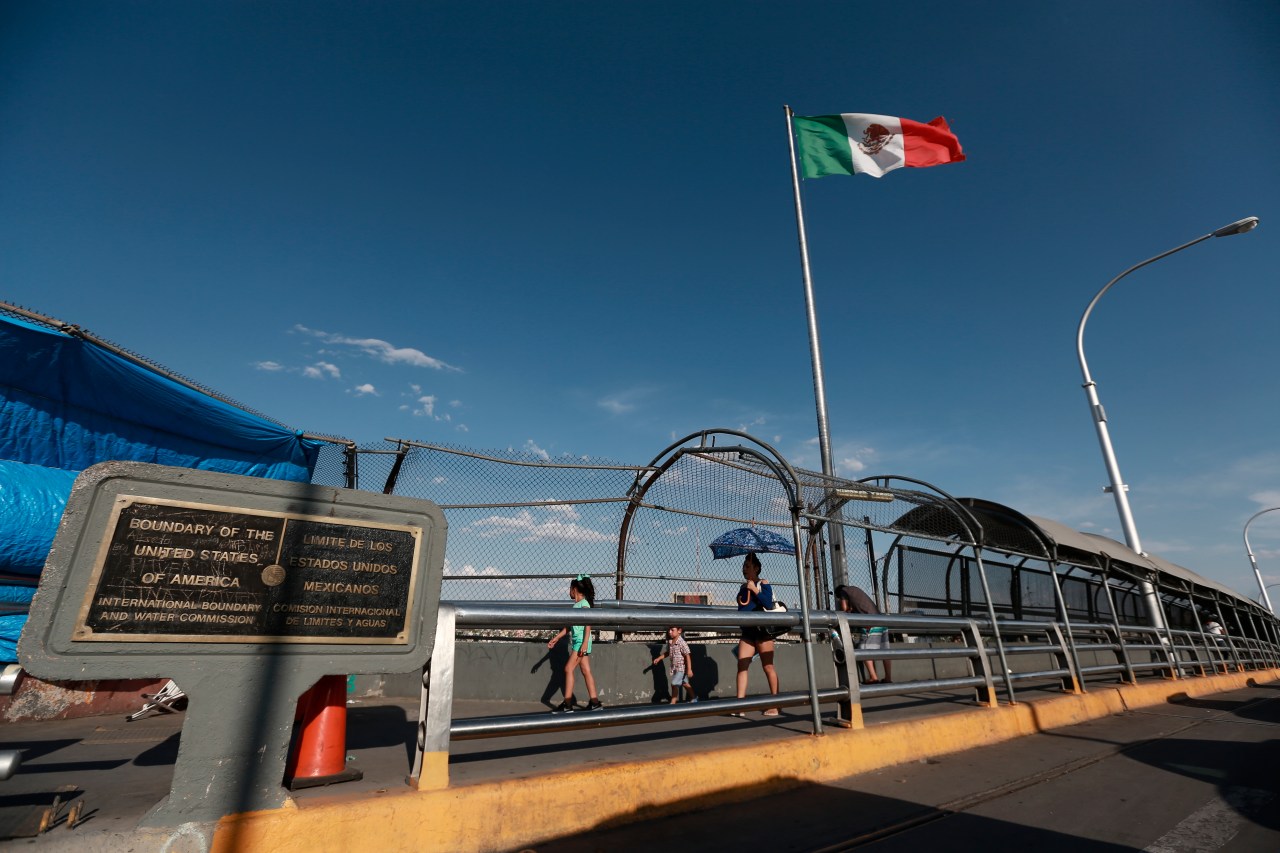