(CNN) — With calloused bare feet and toes nearly numb, Ryan Robinson carefully rappels his way down the sheer cliff face. A daring feat, no doubt. He’s hanging out on the tallest sea cliffs in the Southern Hemisphere, after all — Tasmania’s Cape Pillar, a spot known for its dolerite […]

He’s hanging out on the tallest sea cliffs in the Southern Hemisphere, after all — Tasmania’s Cape Pillar, a spot known for its dolerite sea columns that rise almost 1,000 feet from the water.

“There is no angle but the sheer directness of the wall jutting straight down,” he explains.

That, believe it or not, is merely a warm-up.

He’s now in position to make his way across the chasm. His route? Along inch-wide nylon webbing, a few hundred feet long, rigged between two cliffs.

Think of it as tightrope-walking, but without the balancing pole and with more slack in the line. So much slack that, if a strong wind were to blow through, the line could sway back and forth in either direction.

And this destination happens to be known for its gusty winds. Not to mention, it’s an overwhelming eyeful and an earful, too. Below, Robinson hears the waves crashing against jagged rocks and sea lions barking from a nearby island.

He secures himself in with a leash that connects to the line and to his climbing harness, checks his safety and disconnects from the rappel line. The leash, connected to two steel rings on the line, trails along as he walks and will catch him if he takes a tumble.

First things first, though. While straddling the line, he adjusts the GoPro attached to his ball cap. This, of course, is the only way others will ever get to see his dizzying perspective.

Then, with a few deep breaths out, he gingerly places one foot on the line. Then the other. And begins the precarious walk to the other side, about 200 feet away. A little after the halfway point he wobbles. But catches himself.

“The view from the line was literally breathtaking,” Robinson recalls. “Straight down was something out of a movie, and when I picked my head up, it was just ocean leading off forever. I’ve never really felt agoraphobia until that point.”

About six minutes later, he lets out a celebratory wooooooo! that echoes across the chasm; he’s reached the other side where a pair of hiking boots are waiting for him. Robinson is now the first person to cross the chasm on a highline. All without falling. This was a record he set back in 2015; since then he’s been racking up the credentials.

Beyond highlining, Robinson has tried out for American Ninja Warrior and completed more than 100 races including half and full Ironman competitions. To date, the longest highline he’s walked was 2,900 feet long. He’s even highlined a 704-foot-long line blindfolded and set a world record for the longest highline between two bridges at nearly 2,000 feet across.

Ryan Robinson, 38, has dedicated himself to crossing vertiginous voids on slacklines.

As a professional adventure athlete, who grew up in Sacramento, this is a pretty typical day for him — checking another geographic superlative off the list while setting some new records.

The 38-year-old’s adrenaline-seeking career is also what has propelled him clear across the planet — from remote parts of China to mountain ranges in Brazil to raging waterfalls in Yosemite — for the past decade.

During that time, his sole focus has been highlining. But in order to be good at that, he had to put in the time to master mountaineering skills such as climbing, technical ascents, anchoring and rope work.

Incredibly, performing these heart-pounding stunts can actually be a way to make a living. For Robinson, he’s made it work thanks to a six-year stint living very simply in a van.

“That afforded me the financial situation and the simplicity to be very focused on traveling, training, getting stronger and being anywhere at anytime,” he says. “Over the years I’ve figured out my own way of making it a reality that is a combination of sponsorships, media opportunities and many other things under the same umbrella.”

If you think walking the line is as daring as it gets, think again. Robinson also nails dynamic tricks. Thanks to its loose and stretchy nature, the line can propel him up and down and side to side. He can bounce from his feet to his hands, hang on the down bounce then on the way up do a muscle up and land his feet back on the line.

“Bouncing the line from side to side is one of my favorite things to do,” he says.

“We call it surfing, because it very much feels like I am surfing from one side to the other. The movements are super powerful and it takes an incredible amount of calmness and core strength to not go flying off the line.”

Despite years of intense training, there are times Robinson still doesn’t feel comfortable on a highline. In fact, he has a very real fear of heights and is no stranger to gnarly falls.

Constant bruises and calloused feet and hands are all just part of the gig. When you fall, it’s called a whipper; the leash catches you and whips you under the line, leaving huge marks on your inner thighs.

“To this day, I take falls pretty consistently,” he says. “In the beginning, the falls are terrifying and out of nowhere. Now, the falls are usually because of either a fluke thing like stepping on a twist in the webbing or because I am attempting to perform dynamic tricks.”

Robinson is always attached to his leash, so he can take comfort in that.

But what about the possibility of the line detaching? He says, while he is always conscious of that, he’s not overly concerned because he knows the work that goes into making these lines safe.

Robinson is confident of the safety of the lines. And he wears a harness to catch him if he slips off the highline.

So how exactly does he adapt to these new, scary environments? He trains his brain.

“One example is that when I’m in the park training, the line is often over grass, so my feet are often in the grass,” he says. “I love that feeling of the blades of grass tickling my feet, and it’s become a comfort to me. So now, when I’m on a scary highline, I imagine small blades of grass touching my feet, and the happy memories that come with it, and it calms me down and puts a smile on my face.”

As for getting involved in such an unusual sport, Robinson says he started slacklining with his sights set on highlining (slacklining at much greater heights) and stayed close to the ground for about a year before he dabbled in the highlining scene.

“I highly recommend the slow and steady start as highlining is very intricate and requires a lot of knowledge that can only be acquired through time and mentorship,” he explains.

The fact that this niche sport has allowed him to explore wild places across the planet still bewilders him.

“I knew when I found highlining that I had found something special to me,” he says. “I didn’t really know exactly where it would go or where it would take me, but I knew that I had to chase it. I’m still constantly blown away that I get to do this in my life.”

Sarah Sekula covers stories about travel, fitness and extraordinary people, and her assignments have taken her to all seven continents. Follow her adventures @sarahsomewhere.
Next Post

Thu Feb 11 , 2021
WEST LAFAYETTE, Ind. – Startup leaders from Purdue University and across the state of Indiana will provide insights into technology transfer during a virtual panel event Feb. 18. The Frameworx Tech Transfer in Indiana panel also will feature startups from Indiana University and the University of Notre Dame. BioCrossroads, which […] 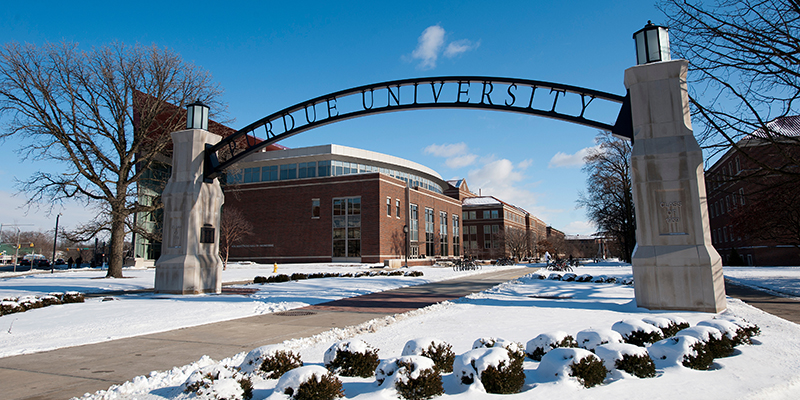