From emancipation and fighting Jim Crow to civil rights and renewed calls for social justice, Black history is woven into Houston’s story. Here are some of the places, people and events that serve as testimonies to that story. What other moments and stories belong in this list? Share feedback in […]

From emancipation and fighting Jim Crow to civil rights and renewed calls for social justice, Black history is woven into Houston’s story. Here are some of the places, people and events that serve as testimonies to that story.

Freedmen’s Town: This neighborhood just outside downtown in Houston’s Fourth Ward was the first and the largest post-Civil War Black urban community in Texas, taking off as freed slaves fled rural plantations. The residents established schools, built churches, fostered a business community and laid brick roads. While it has been on the National Register of Historic Places since 1985, it is not considered a historic district under the city of Houston’s regulations, and only a few dozen remain out of hundreds of original buildings there.

Antioch Baptist Church: This historic church is the only remaining piece of the east side of the Freedmen’s Town community after it was split up during the construction of I-45. The congregation formed in 1866 and initially held services along the banks of Buffalo Bayou. The building that stands today was built in 1875. The Rev. Jack Yates was the church’s first pastor and a prominent community leader who also founded Bethel Baptist Church, Houston Academy and College Park Cemetery. 313 Robin St., Houston

Gregory School: The building that now houses the African-American Library at the Gregory School was considered one of the first schools for freed slaves in the area. The land itself was donated by the residents there who had begun to acquire property as they settled the area, according to historical records. It operated as a school in some form from the 1870s until 1980, when Houston ISD closed it and merged its student population with a nearby school to create the Gregory-Lincoln campus. Renovated into a library in 2008-09, it is the city’s first library to focus on African American history, with special collections, galleries, an oral history recording room and reading rooms.1300 Victor St., Houston • www.houstonlibrary.org

Emancipation Park: In 1872, the Revs. Jack Yates and Elias Dibble partnered with Richard Allen—then one of the few Black representatives in the Texas Legislature—and Richard Brock—Houston’s first Black city alderman—to raise $1,000 and purchase 10 acres of parkland in the Third Ward to host Juneteenth celebrations. Now a city of Houston park with a dedicated conservancy overseeing it, the park received a nearly $34 million renovation in 2017. 3018 Emancipation Ave., Houston • www.epconservancy.org

College Memorial Park Cemetery: Formally established in 1896 and having its last burial in 1972, this historic cemetery is thought to hold the remains of 5,000 people, most of them former slaves or their descendants. Many markers have been lost over the years through vandalism and neglect, but a volunteer association now maintains the cemetery, performing regular maintenance and raising funds to restore the remaining headstones, of which about 350 remain. 3525 W. Dallas St., Houston • www.collegeparkcemetery.org

The Rutherford B.H. Yates House: Built in 1912 and saved from demolition in 1995, this historic house serves as a small museum for the area and to Rutherford Yates, a son of Jack Yates who founded the Yates Printing Co. in 1922, publishing several newspapers for the Black community. The museum is also working to help restore other structures in the neighborhood. 1314 Andrews St., Houston • www.rbhy.org

Independence Heights: The first Black city in Texas, Independence Heights was incorporated in 1915. The Wright Land Co. led the effort, offering its own financing and allowing people with low incomes to become homeowners. By 1930 it had been annexed by the city of Houston. A historic marker can be found at Greater New Hope Missionary Baptist Church. 7818 N. Main St., Houston

Frenchtown: In the 1920s, a small enclave of Houston’s Fifth Ward became a magnet for “Creoles of color”—people of French, Spanish, and African descent from Louisiana. The name Frenchtown stems from the fact that most were also French-speaking Catholics. While much of its heritage has been lost over the years through assimilation, the community is still widely credited as the birthplace of zydeco, a blend of Creole traditional music with Houston blues and R&B.

Camp Logan: Black soldiers from the 24th Infantry Division were assigned to guard the construction of this World War I training camp, located in what is now Memorial Park. A riot broke out Aug. 23, 1917, sparked by rumors that a Black soldier had been killed by Houston police. When the dust settled, four soldiers, five police officers and 11 others had died. The event resulted in the largest murder trial and court-martial in U.S. history, with 13 Black soldiers sentenced to death and more than 60 others sentenced to life imprisonment. Two subsequent trials resulted in 15 more death sentences for the soldiers, 10 of which were later commuted. The unfair treatment of the accused resulted in reforms of military law that remain in place today.

Houston’s first sit-in: While the site is now a post office, this was formerly the location of a Weingarten’s grocery store, whose lunch counter was the stage for Houston’s first sit-in March 4, 1960. Led by Eldrewey Stearnes, 13 Texas Southern University students participated, spurring a local movement as part of a growing national effort to call for desegregation. 4110 Almeda Road, Houston

School boycott: Led by the Rev. William Lawson of Wheeler Avenue Baptist Church, students at the city’s five Black high schools skipped class in May 1965 to protest Houston ISD’s slow progress on integration. Hundreds of students also marched from the South Central YMCA in Third Ward, near TSU, to HISD’s downtown headquarters. “We will be calling for an end to school segregation at both faculty and student levels, and for the establishment of one good school system—the end of two mediocre ones,” Lawson wrote in a letter to principals ahead of the protest.

The Ensemble Theatre: Founded by George Hawkins in 1976, The Ensemble Theatre is considered the largest African American theater company in the U.S. It was first founded as The Black Ensemble Co. and was located at 1010 Tuam St. before moving to its present-day location in 1985. The theater continues to serve multicultural audiences and train new generations of artists with workshops, in-residence experiences and youth camps. 3535 Main St., Houston • www.ensemblehouston.com

Project Row Houses: Founded in 1994, this project began by acquiring a block of neglected row houses in the Third Ward, restoring them and turning them into a community of artist studios and homes for single mothers, offering a mix of art programs and community service. Houston-based artist Rick Lowe drove the development of the concept, which has helped over 300 artists and 60 mothers. In 1999, the project acquired the nearby Eldorado Ballroom, a fixture in the Black community from the 1940s to 1970s, which has been restored. 2521 Holman St., Houston • www.projectrowhouses.org

Houston Museum of African American Culture: Founded in 2000 as a counterpart to the African American Library at the Gregory School, the museum celebrates the Black community’s artistic and cultural contributions Houston, the state of Texas, the southwest and throughout the world. 4807 Caroline St, Houston • www.hmaac.org

The Buffalo Soldiers National Museum: Founded in 2001 by Vietnam veteran and military historian Paul J. Matthews, this museum chronicles the Black military experience in the United States from the Revolutionary War to modern day. Matthews researched and collected artifacts for nearly 30 years, and about half of the museum’s collection is to his credit. In 2012 the museum moved to its present location at a renovated former Light Guard Armory building. 3816 Caroline St., Houston • www.buffalosoldiermuseum.com

Fri Feb 5 , 2021
What does this era have in store for mutants? Find out in writer Steve Orlando and artist Bernard Chang’s HEROES REBORN: MAGNETO AND THE MUTANT FORCE. Years ago, Magneto and Professor X led Earth’s mutants in a final push for independence against the Squadron Supreme of America. What followed was […] 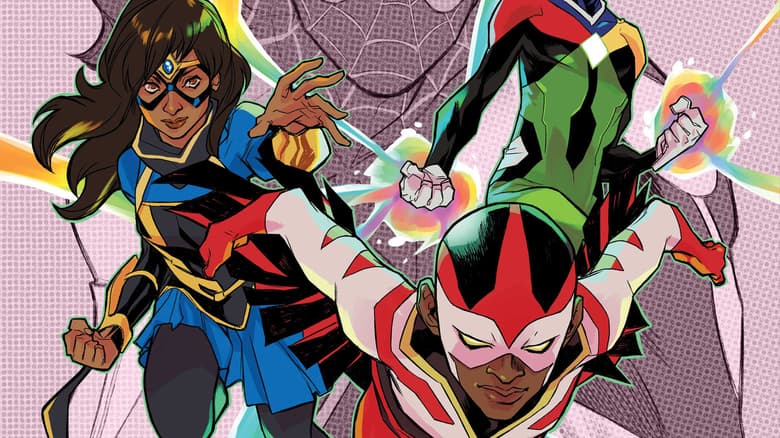