The Tampa Bay Lightning have made many good trades under former GM Steve Yzerman and current GM Julien BriseBois. One notable example would be the Johnathan Drouin for Mikhail Sergachev trade, where the Lightning is the clear winner as of now. However, just like every other organization, the Lightning has […]

The Tampa Bay Lightning have made many good trades under former GM Steve Yzerman and current GM Julien BriseBois. One notable example would be the Johnathan Drouin for Mikhail Sergachev trade, where the Lightning is the clear winner as of now.

However, just like every other organization, the Lightning has also made bad decisions, which they will end up regretting. Here are five players who thrived elsewhere after leaving the Lightning, either via trade or letting them go in free agency.

After being traded midway through the season on Feb. 26th, 2018, he played 19 games for the Tampa Bay franchise that season. After scoring 13 goals in 63 games as a New York Ranger, Miller came to Tampa Bay and scored 10 goals in 19 games, nearly averaging a point per game with 18 points in 19 games.

Miller then played a full season as a member of the Lightning, scoring 13 goals and 34 assists for a total of 47 points in 75 games. He also had a career-high in wins above replacement (WAR) with 2.4. Eventually, the Bolts dealt him to the Vancouver Canucks in a trade that involved goaltender Marek Mazanec, a 2019 third-round pick, and a conditional 2020 first-round pick.

Miller had a spectacular first season as a Canuck. He instantly clicked with the young superstar Elias Pettersson and broke out points-wise, putting up an astonishing 27 goals and 45 assists, a career-high total of 72 points in 69 games played. He also had a WAR of 1.9, similar to the numbers he had with the Lightning.

Although Miller had a rough start to this season due to COVID protocols, he is playing well, as he has 9 goals and 20 assists in 34 games played. Vancouver as a team has been affected by COVID protocols lately.

The former Toronto Maple Leafs’ draft pick was originally traded to the New York Islanders. The Islanders then traded Verhaeghe to the Lightning in exchange for goaltender Kristers Gudļevskis.

In 2017-18, Verhaeghe broke out in the AHL with the Syracuse Crunch, scoring 17 goals and 31 assists in 58 games. The season after that, he scored 34 goals and 48 assists for 82 points in 76 games played. He was also the first-ever player from the Crunch to win the AHL scoring title.

In the 2019-20 season, Verhaeghe made the Lightning’s opening night roster. In his first NHL season, Verhaeghe had 9 goals and 4 assists in 52 games. He also had a WAR of 0.4, but keep in mind that he played an average of nearly 10 minutes a night.

Verhaeghe ended up winning the Stanley Cup with the Lightning, but he was not given a qualifying offer in the offseason, which led him directly to free agency. The Florida Panthers signed Verhaeghe to a two-year, $2 million contract.

Verhaeghe has been great for the Panthers this season, as you can say he is living up to his potential. He has an incredible 17 goals and 16 assists, totaling 33 points in 39 games played. His analytics are also magnificent, as he has a WAR of 1 and goals above replacement (GAR) of 5.7. Verhaeghe is only 25 years old, and he will only get better at this point.

The Lightning drafted Gusev in the seventh round of the 2012 Draft. In 2017, they traded his rights to the Vegas Golden Knights, who later traded him to the New Jersey Devils. The Devils would end up signing him to a two-year, $9 million contract.

Before Gusev came over to North America, he had an incredible career in the Kontinental Hockey League (KHL). He’s top 20 of all time in KHL points, with 332 points in 391 games played. In his last season in the KHL, he had a mind-blowing 17 goals, 65 assists for 82 points in 62 games. He had more assists than games played that season, which is truly unbelievable.

In the 2011 draft, Marchessault went undrafted. He joined the New York Ranger’s AHL team, then he went to the Columbus Blue Jackets, who later traded him to the Lightning.

Upon his arrival to Tampa, Marchessault split time between the Syracuse Crunch and the Bolts. His best season as a Crunch came in 2014-15, when he scored 24 goals 43 assists for a combined 67 points in 68 games played. The year after, he played his first season in the NHL. Marchessault had 7 goals and 11 assists in 45 games played. His analytics weren’t too bad either, as he had a WAR of 0.8 and a GAR of 4.1.

Marchessault decided to leave the Lightning as a free agent and signed a two-way contract with the Florida Panthers. He had his breakout season in Florida, as he scored a career-high 30 goals and 21 assists in 75 NHL games. Not to mention he had a WAR of 1.4 and a GAR of 7.5.

In the 2017 Expansion Draft, the Vegas Golden Knights selected Marchessault as he was exposed by the Panthers. His first season in Vegas also happens to be the best season of his career. Marchessault had an outstanding 27 goals, 48 assists for a total of 75 points in 78 games played. He was also top 30 in the league for WAR with 3.1, and top 25 in GAR with 16.1.

During Vegas’s inaugural season, the Golden Knights made it all the way to the Stanley Cup finals. Marchessault was also a part of that success, as he produced at over a point per game during the playoffs. He had 8 goals and 13 assists, 21 points in 20 games played.

Marchessault has been great for the Golden Knights in the past 4 seasons. This season, he scored 10 goals and 17 assists for a combined 27 points in 37 games played.

DeAngelo was selected 19th overall in the first round in 2014 by the Lightning. Although there have been a lot of issues surrounding him, there is no doubt that he is filled with talent.

DeAngelo played one season with the Syracuse Crunch before getting traded to the Arizona Coyotes. He had six goals and 37 assists in 69 games played with the Crunch. After playing with Arizona for a season, he was traded along with a first-round pick to the New York Rangers.

After a few incidents, DeAngelo has played his last game as a Ranger. His future is still uncertain, as the Rangers are looking for ways to move him out.

The Lightning will certainly regret letting go of these five players, as they all flourished with their respective teams.

(All Data Via Evolving-Hockey, HockeyDB) 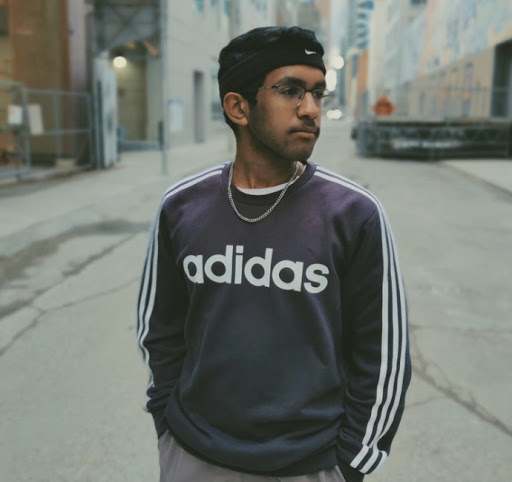 I am a die-hard Maple Leafs and Raptors fan who lives in Mississauga. I cover the Tampa Bay Lightning for The Hockey Writers, and the NBA for Sideline Sources.

Wed Apr 7 , 2021
As more Americans make plans to travel this summer, the usually cheaper option of driving may actually turn out to be more expensive because of a car rental shortage. “So, the current situation is pretty unprecedented,” said Jonathan Weinberg, founder and CEO of the website autoslash.com, which is dedicated to […] 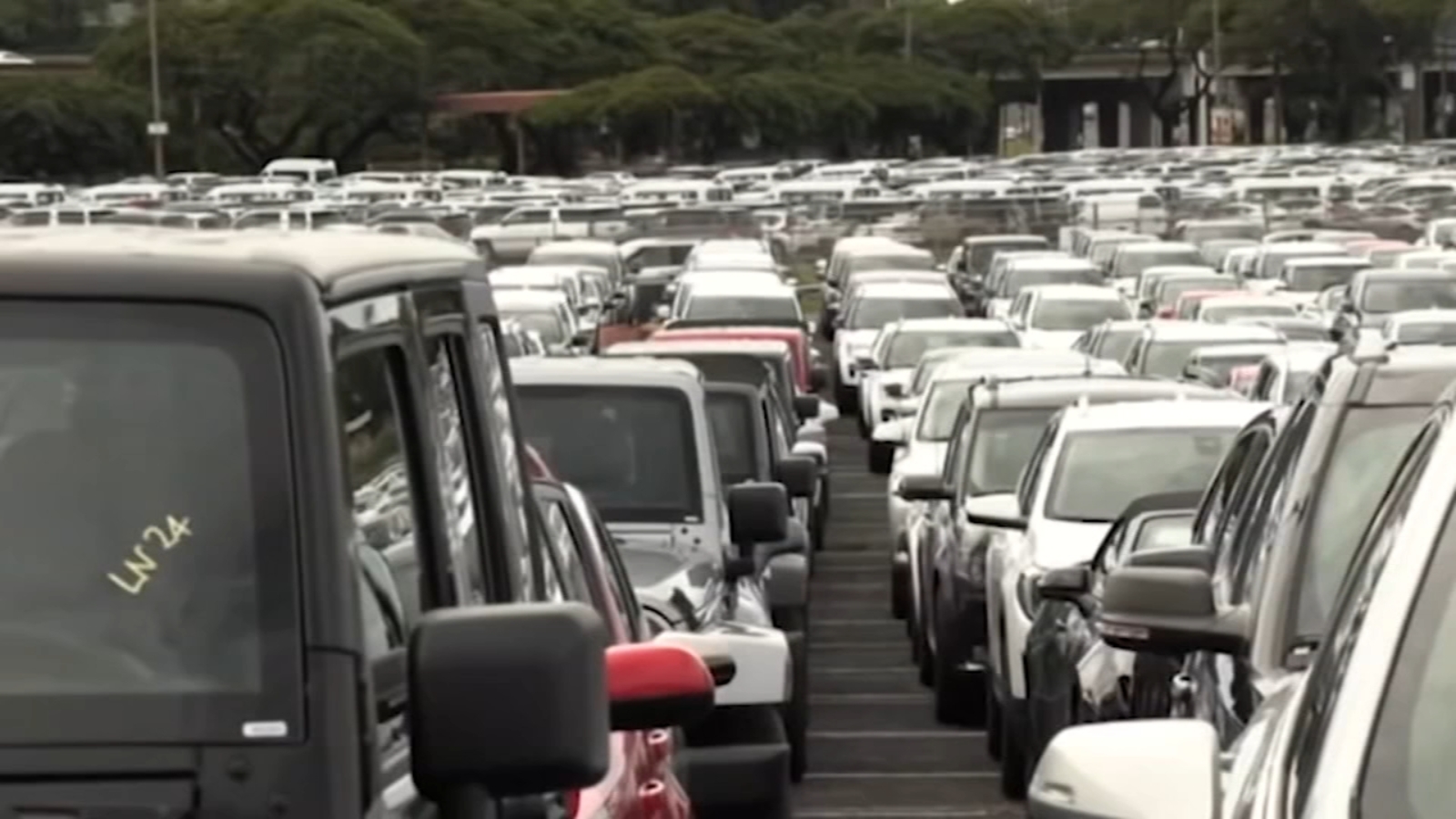